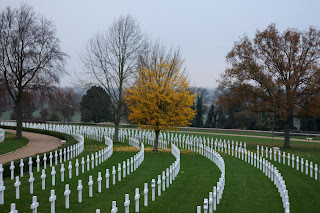 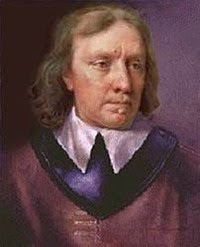 “What if the roads are flooded?” the present Mrs Collins asked before we set out. “They won’t be flooded” I told her, adding by way of emphasis “For God’s sake!” Sure enough, there was no flooding for the first fifty miles of our 350 + -mile drive from Stranraer to Cambridge. But there was flooding as we skirted Cumbria, and plenty of it, and the local road-and-traffic reports kept breaking in on the radio to tell us about yet another half-dozen roads that had been closed. At one point on the M6, either side of the road was a temporary lake of flooding, and at a number of points we had to drive through (mercifully shallow) water. Next day, having completed the 10-hour drive, we opened our newspaper to read about the bridge in Cumbria that had collapsed, taking with it an on-duty policeman. Despite all that, the route through Scotland and England was a feast for the eye: it was rain-free, the English countryside had its usual big comfortable fields and carefully-kept villages, and there was a real sense of being in a foreign country.

We stayed at a place between Cambridge and Huntingdon. Oliver Cromwell was born in Huntingdon and I had a vague notion he was buried there as well, so I had half-planned to drive out and have a look at his grave on Saturday. However, a quick Google established that he was in fact buried in Westminster Abbey, but was exhumed twenty years later, his head removed and his body hung for public consideration (Message: don’t kill kings). Where his head is now remains unclear, as does the whereabouts of the rest of him. I’m trying very hard to think of someone in Ireland who might feel upset to hear these posthumous details.

Instead of seeking Oliver, then, we visited the American Cemetery outside Cambridge. No, I didn’t know there was an American cemetery there either. It’s over thirty acres and was gifted by Cambridge University to the US. The light had just begun to fade when we arrived, making the place even more sombre than it doubtless usually is. Nearly four thousand American servicemen are buried here, most of whom died in the Battle of the Atlantic or during air raids on Europe. The white crosses are arranged in gentle arcs and look simple and sad against the Autumn trees. There’s a kind of Washington Wall along one side of the site, listing the names of all buried there, plus another thousand who were lost and whose bodies never were recovered. The statue figures arranged at intervals along the wall have the same bulk and brute strength Soviet statues used to have back in the old USSR. I suppose in death, there’s little difference between Russians and Americans, just as there’s little difference between those servicemen buried with a white cross marking their grave (99.9%) and those identified by a white Jewish star. The feel of the place is one of generous space and simple dignity. I suppose it’s necessary to give your war dead an honoured resting place if you hope to get recruits for the next round of slaughter.

View all posts by Jude Collins →
Big scoop
Something’s happening but you don’t know what it is/Do you, Mr Jones?