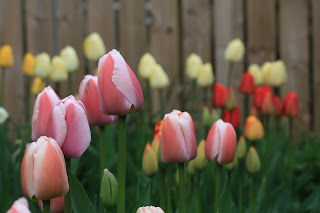 It’s odd the associations that fix themselves in your mind. Every May when I see those small yellow whin-bush flowers flaring on hillsides and by the road, I think of Brother Skehan.  He was my teacher in the Christian Brothers Primary School in Omagh and he encouraged us all to bring in flowers, for arrangement in front of the Fourth Class May altar.  When you’re a nine-year-old boy in the 1950s, you try hard to please your teacher. So I informed my mother that flowers were important and must be brought. A sensible woman, my mother saw that our snowdrops and daffodils were gone, our garden was empty. “Go and get a load of those nice yellow flowers out the lane” she told me. They were prickly to pick but I managed a half-bucketload of them. She wrapped them in an old newspaper and I brought them in to class.
Brother Skehan murmured his thanks as he took them from me but I detected that something was wrong. It wasn’t quite the warm gratitude he showed to the Mullan twins and Martin Gallagher and the other well-behaved town boys when they handed over their flowers, most of them satiny tulips in nice white paper wraps.
That afternoon, I was half-way down the school yard after class when I remembered I’d left my homework book on my desk. Brother Skehan had gone but he’d arranged the May altar for the next day. Mary’s statue was surrounded by lovely white and red and pink tulips. No sign of my yellow whin-bush flowers. Then I looked in the waste-paper basket. There they lay, waiting for the caretaker man to come and dump them. My flowers had been a stupid, ugly failure.
It’s at this point that the usual commentators would jump in and denounce the brutal, unfeeling, child-abusing Christian Brothers, why couldn’t he have used my flowers, how unfeeling, how nasty. But hold. Brother Skehan, that incident aside, was a wonderful man. He rarely slapped. He taught us Irish songs and English songs,  D’Ye Ken John Peel  and Amhrán na bhFiann and The Green Glens of Antrim. He  taught us to play four-part harmony on the recorder. He taught us glorious prose like the Magnificat, which I can recite to this day. He taught us with gentleness and intelligence and humour.
So why do I remember my humiliation at his hands every May?  Because it’s easy to forget the good  which Christian Brothers like Brother Skehan did and easy to remember the hurts.  Ask Malachi  O’Doherty.

6 Responses to Flowers and forgetting