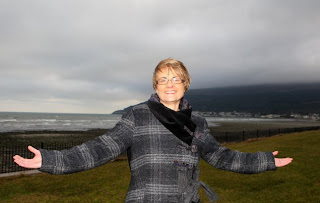 The English team’s eye-watering failure in the World Cup has been put down to a number of things, prominent among them the fact that they were a divided camp. Fabio Capello was supposed to be the tough man in charge; then the team began to wobble and  John Terry jostled his way to a microphone to say that ‘im and lots of the lads thought Fabio was talking through his Italian orifice. But then the lads mentioned declared they weren’t part of  Terry’s gang,  and so it went on. A team riven in several directions was certain to end up limping home, defeated again.

Which brings us to politics in our own dear little six-county split from the province of Ulster. The two unionist parties – the DUP and the UUP  – are making moves to at least have some sort of electoral pact for next year’s Assembly elections. The UUP’s deputy leader Danny Kennedy says it’s necessary to stop the growth of Sinn Féin.
It looks as though Maggie Ritchie shares his concern. The SDLP leader says she can see “no credible argument” for getting closer to Sinn Féin. She admits that her party and the Shinners have the same religion, similar cultural interests,  they both believe in Irish unity – but apart from that, they’ve nothing in common.  Unfortunately she doesn’t mention what are the important matters on which her party differ from Sinn Féin and which make electoral linkage impossible.
The truth about the English team is that they’re rubbish but suspicion and sectional interests make it impossible for them to improve.  The UUP and the DUP haven’t become as one (yet) because the UUP figures the DUP wants to gobble them up, and it doesn’t fancy the journey through Peter Robinson or Nigel Dodds’s alimentary canal. Likewise the SDLP, for so long in decline, doesn’t relish the offered embrace of Sinn Féin because it’s convinced Sinn Féin wants to squeeze the life out of it. It’d rather see nationalism reduced to limping impotence than go on so much as an electoral date with Sinn Féin. John Hume may have put peace before party interests but Maggie Ritchie isn’t going to make that mistake.  If you don’t believe me, ask Declan O’Loan.

3 Responses to How not to win in politics