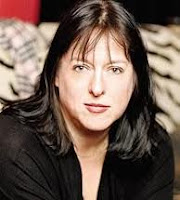 If you read yesterday’s blog you’ll see that I admitted to telling lies on a …well, a regular basis. Not a daily basis, but when I felt that a lie might be more discreet or avoid hurting somebody’s feelings or even make me appear maybe a more considerate person than the rotten jerk I really am.  Today, a woman consoled me about this weakness of mine. She did it by talking about an article she’d read in last night’s Belfast Telegraph, and to say she didn’t think much of it would be putting it mildly. The article was by Julie Burchill and after I’d read it, I figured my untruths were pretty tiny and shrivelled. Here’s her opening paragraph.
“How very broad-minded this country is when we consider that the taxpayer will shortly be shelling out millions of pounds to protect a former member of the Hitler Youth, who believes Anglicans will burn in Hell, when the Pope visits Britain next week. Tolerant or what?”
Now like quite a number of writers who give me a pain in the face, there’s something about Julie Burchill that I like …no, that I admire. She writes with the kind of briskness and colour that you need from a columnist. But she’s also, I’m afraid, telling lies.  The first paragraph alone tells at least one lie – the present Pope does NOT believe that Anglicans will burn in Hell  and Julie knows that. But the column’s start wouldn’t have the same drive and style if she’d not included the Hell reference. So she lies and sticks it in.
Try this a few paragraphs down: ‘But if one is a Catholic, then surely double-speak and duplicity are second nature.’  Not a question, you notice. A statement. All Catholics are liars.  Not to be trusted. It reminds me of an interview I did with a prominent loyalist in the Shankill Road  some fifteen years ago. He greeted me with a steady stare and the loud greeting “Never trust a Fenian!” Julie would fit nicely into his club.
And this one, where she’s talking about Colleen Rooney: “Her husband has been acting exactly as Catholic men are expected to – choosing one woman to marry and another sort to have sex with”.  How does she know us so well, I wonder?
And finally: “Being a Catholic means always having to say you’re sorry – but also being guaranteed that you’ll be forgiven to go on and do all the vile things you’ve done ad nauseam”.
The column is an example of what I’d call serious lying – not about an individual event or an individual person, but about a whole faith group of tens of millions of people. Anyone with even a feeble grasp of Catholic doctrine, not to mention contact with Catholics, would know that Burchill has stuffed her article with lies. They’d also know that if she’d written a similar column about Jews or Muslims or any other faith group, the papers carrying it would have been bombarded with protests. But hey, it’s just the Pope and it’s just Catholics – Julie can say what she wants and if it’s bad enough, it’ll be acclaimed.
And the Belfast Telegraph, which some simple souls believe spans the sectarian chasm here,  printed Burchill’s column. Was I dreaming when I thought there was a law against incitement to religious hatred?

View all posts by Jude Collins →
Pants on fire?
Mr Paisley and the Pope