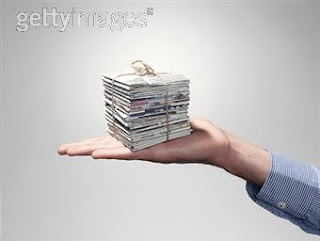 Is the VO having another fit of the vapours ? “CHAOS” is its big, big front-page headline this morning, with underneath a big photograph of people milling around street barriers. At first I assumed this was a picture of that bomb in Derry last night, but then I looked closer and it was Belfast city centre. No bomb. Just people going about their shopping, threading their way through a few road-work barriers. Nothing pass-remarkable, really.
But  inside, the VO  was getting itself in a fine lather: ‘Look at the state of this place’ it yelled,  sounding a bit like my mother when she’d come home to find we’d been making toffee and had spilled half of it over the kitchen floor. Underneath the big headline were  half-a-dozen pictures of, yup, people strolling around Donegall Place, doing their shopping. Plenty of space for everyone, you’d think. Ah no. The VO says this work was supposed to have been completed last month and now it’s going to take another six months! Strewth. It quotes the former Alliance mayor Tom Ekin, who says this’ll make a laughing stock of the city. You got that?  A member of the Alliance Party is talking about a laughing stock and not pointing at his own chest. Stop, you’re killing me, Tom.
Maybe it’s a virus or something. Gay Byrne used to go similarly mental on RTE from time to time. His voice would get increasingly irritable and he’d sigh and click his tongue as he got deeper and deeper into denouncing people who dropped litter or chewing gum on pavements, or who didn’t take the kind of pride in their appearance that he did. Mind you Gaybo had a point, if you ignored the fact that on the list of public concerns his concerns ranked about 487th. It reminds me of the teacher in a New York ghetto, who was interrogating his primary school class. “Leroy, tell me please: how many legs has the Venezuelan widow spider?” Leroy looked at him  with big sad eyes, shook his head and murmured ‘Maaaan, I wish I had your problems!’
But hey. Maybe the Irish News  has a problem it doesn’t want to tell us about. That’d explain the grocer’s apostrophe on page 6, wouldn’t it?

View all posts by Jude Collins →
School inspectors or suicide bombers: take your pick
Who’s that knocking on the door?