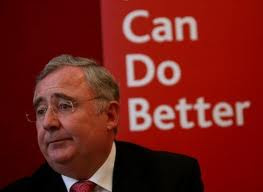 I remember once when I did some freelance work for a radio station. After the main news, one of the reporters would provide a summary of the day’s business news. It was a job everyone tried to dodge, for the good reason that nobody at the station had an economics background. I remember one reporter emerging from his stint live on air, slumping at his desk and confessing “I hadn’t a clue what 90% of that meant!”

Maybe that’s why Irish journalists have been hopeless at explaining the IMF/EU bail-out for Ireland – beyond the brutal fact that it’ll take around three generations before it’s paid off. Irish politicians have been equally useless at explaining what’s involved, probably because like my radio reporter, they too understand only about 10%, although they too are clear that it’ll take three generations of sack-cloth and ashes before the state is in the black again.

Recently, though, one other point about the bail-out has been filtering into the public consciousness. It’s that ordinary people are being asked to pay for the bad investments of others. Initially Fianna Fáil politicians presented the bail-out as grim reality, the result of debt which the Irish people had incurred, and that we should all be grateful to the IMF/EU for saving the state from collapse. But now as Fianna Fáil recede like the vanishing dot on the old TV, there’s a growing conviction that the Irish people are being shackled to the financial wall, not for their own financial sins, but for the financial sins of others. It’s the Birmingham Six / Guildford Four all over again: painful to be in prison for crimes you’ve committed, insufferable to be in prison for crimes others have committed.

If that analysis is accurate, that generations of Irish people are being punished for debt which really belongs with the bond-holders and big investors, and if the election allows people to say firmly “Can’t pay, won’t pay!”, four weeks of having to look at Pat Rabbitte’s neck will not have been in vain.

2 Responses to Doing the time for whose crime?