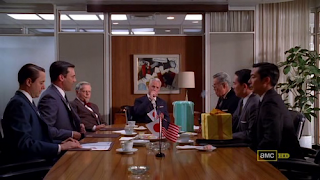 Tectonic plates – seismic shift – electoral tsunami…Have I used all the available metaphors/clichés for  the south’s general election results?  Oh right – I forgot the most important: ‘This marks the end of civil war politics’.  It’ll no longer be Fine Gael (Free Staters)  vs  Fianna Fail  (republicans). That’s because Fianna Fail has been cut, sliced and diced by the electorate; people are now concerned to elect politicians who will look after their jobs, their income, their pensions, and save them from the vice-like grip of the ECB. It’ll be right-wing vs left-wing politics from now on. And don’t say ‘But the Labour party will be in coalition with the Blueshirts – how can that be right-wing?’ or my cat may hear you and give himself a hernia.  And especially don’t mention that the shrivelled remainder of Fianna Fail will be on the opposition benches alongside the left, opposing the government moves to implement plans originally drawn up by, um, Fianna Fail.  It’s a bit like working on your right hook for some months and then punching yourself in the face.

But while attention to one war may be finally petering out, attention to another remains as stubborn as ever. I was watching an episode of Madmen the other night – that’s the series about a Madison Avenue advertising company in the early 1960s – try to keep up, would you? The plot in this episode centred on a Honda account being brought to the company by a group of Japanese businessmen. It’s a major acquisition, but then one of the advertising company goes all racist, who the hell are these little bowing buggers, who won the war anyway, I’ll never forgive them for what happened to my buddy on that destroyer in the Pacific, Hiroshima sure socked it to ’em, etc etc. The other advertising people try to shut him up, tell him it’s over, you hear,  OVER, the war is FINISHED, we’re working with these people now,  act civilized for God’s sake. Etc, etc. No good. The racist one is locked in the past, some fifteen years earlier.
Similarly there are those who just can’t let go of the conflict here in the north. During the election campaign  Fine Gael’s Fergus O’Dowd lost no opportunity to  raise the hare of  Gerry Adams’s membership/non-membership of the IRA during the Troubles. On his programme yesterday Vincent Browne mixed congratulations to the newly-elected Adams with comments on the killing of Jean McConville in the early 1970s. And on the same programme former Taoiseach Garret Fitzgerald, who with Thatcher devised the Anglo-Irish Agreement in the hope of reversing the Sinn Féin electoral tide of the 1980s,  demanded Adams explain why Sinn Féin hadn’t made electoral progress in Dublin? When Adams hesitated  (kind of understandably, since Sinn Féin was fresh from getting three candidates elected in Dublin)  Fitzgerald told him ‘It’s not a trick question, I promise you’ and then went on to say he admired Adams’s skill, the way he’d moved his party from violence.
I’m afraid this calls for one more metaphor: Mired In The Past. The Madmen chap who saw not businessmen but  kamikaze pilots was stuck in a past that was fifteen years old. O’Dowd, Browne and Fitzgerald, for whatever reasons, saw not the president of a party that’s been sharing government in the north for five years, could well become the north’s largest political party in May,  and on Friday last had some  fifteen TDs elected to the  Dail –  they saw a psychopath with a bomb in one hand and an AK47 in the other, aching for a chance to get in some fresh mayhem.
Cmon, guys. Adams is a POLITICIAN, one who on Friday got, what was it, the second-biggest voter-endorsement in the state. Criticise him for his policies, go ahead. Attack his attendance record,   build a case for economic illiteracy if you have a neck that’s sufficiently brass.  But enough of the increasingly wrinkled-and-bent references to events and a time when a lot of voters weren’t even born.

View all posts by Jude Collins →
All their yesterdays…
Will February matter in May?

10 Responses to Don’t ask ME to move on…