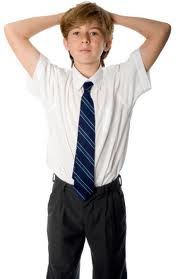 Well, looks like it’s started again – if it ever stopped, that is. I mean the education debate. The new Education Minister, John O’Dowd, was on the BBC’s ‘Hearts and Minds’ last night and two things immediately became clear: Sinn Féin have no plans to row back on the abolition of the 11+ that began with Martin McGuinness; and the new Education minister will probably be a bit harder to push around.

Now, my blog yesterday got so many people hot and bothered, and in some cases into farmyard hissy-fits, I’m slightly nervous about raising today’s topic of education. It’s a real divider and not just along political lines: class is key. There are those who believe that telling two-thirds of the population they are educational failures at 11 is a bad idea, and there are those who treasure the grammar school system as it stands and will do anything to maintain it.

Maybe we should look at this under the doctrine (this column is getting doctrines these days like teenagers used to get spots – yesterday the doctrine of transferred malice and doctrine of secondary effect, today this)…where was I? Yes, it looks like the doctrine of the greatest good of the greatest number might be worth applying here. When and if you do, it becomes obvious that the 11+/grammar school system flies in the face of that doctrine, catering as it does for the greatest good of about 30% of the population, and even that’s debatable, if you think beyond exam success, as O’Dowd rightly did last night.

As I’ve said on other occasions, I feel uniquely qualified to talk about the 11+, having failed and passed it on the same day (sort of). When I did the exam, the Christian Brother said a letter would arrive home if you’d passed, no letter if you’d failed. I waited that morning for the letter, and waited, and waited. No go – I’d failed. I remember crouching behind our hayshed and bawling my heart out, certain I’d screwed up my life before it’d even got properly started. My mother’s consolation meant nothing. Eventually I was dried off and sent to school where, lo and behold, the Christian Brother had got it wrong. The results had in fact come to the school, I’d passed, and grief was transformed into euphoria. Passing? It’s sweet. Failing? It sucks.

I’ve taught in grammar schools or their equivalent and I’ve taught in comprehensive schools. The latter looked a better experience for several reasons, including the fact that there’s a wider social range among the youngsters and a less career-fixated atmosphere. But maybe I was just lucky in the schools that employed me.

Sinn Féin and, presumably, John O’Dowd’s position is that transfer is best done at 14 years of age, not 11. But why change schools at 11 OR 14? Why can’t they run from 5-18? Yes, it’d mean bigger schools. Nothing wrong with that. Most youngsters I’ve spoken to, and most teachers, tell me they prefer big schools – less of a goldfish bowl. Not perfect, of course, just as big cities aren’t perfect. But they offer a kind of freedom with their greater anonymity which many people enjoy.

The important thing is to delay funneling children along one route or another, one school or another, one selection of subjects, as long as possible. There’s no knowing when a kind word, a teacher gesture, a moment of insight will transform the reluctant, obtuse teenager into an eager, bright-eyed boy or girl. What matters in education, above brains and ability and all the rest of it, which we can’t measure anyway, is attitude. And when that becomes right, all things are possible.

But what hope of that, if the DUP and others are determined to keep sending two-thirds of youngsters to bawl at the back of the barn? You get a lovely view of your educational worth from there, I can tell you.

View all posts by Jude Collins →
Was the death of Mary Travers murder?
Knuckle-draggers and the new Lord Mayor

9 Responses to Our grate skool system