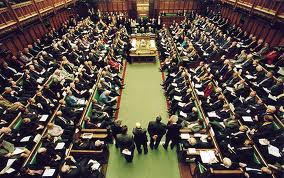 Oh dear – here we go again. Another double-whammy from my second-favourite organ, as Woody Allen put it. In Whammy No 1 the VO this morning has a columnist telling readers what a hard time he had getting an Irish passport and reminding them that over 50% of northern Catholics are happy to embrace government from London.  Whammy No 2 has a front-and-centre letter blaming Sinn Féin for the 50%+ of Catholics who “judge that UK is best”.
Polls and statistics can be made to say damn near anything, as anyone who’s looked at newspaper circulation figures will tell you, but it’s undeniably an uncomfortable fact for nationalists/republicans that a majority of Catholics seem happy to stay under Her Majesty’s government. The assumption had been that unionist politicians were talking through their armpits when they claimed around one-third of the Catholic population wanted to be told what to do by Britain; here now we have figures, not claims, and it’s over 50%.
What, though, if they’d had pollsters a century ago? Say in 1911, when the British monarch visited Ireland and was received with loud huzzahs and cries of loyal joy. And maybe again in 1918,  when Sinn Féin swept the country electorally. “Events, dear boy, events” – wasn’t it Harold Macmillan said that?
Want to know what I think? No, of course you don’t but I’ll tell you anyway. I think it’s not so much where public opinion is but where we’d like it to be and what we do to move it there that reveals what we are. In Britain, if a poll were held tomorrow, capital punishment would be back before Christmas. In Ireland, if a poll were held tomrrow, householders would be allowed to shoot dead any suspicious character who put a foot over their front door. If a poll were held in either country tomorrow, people with a non-white skin colour  would be met at  ports and airports by burly men and padlocked doors.
So there may well be truth in the contention that a considerable number of northern Catholics do the odd thing of voting for parties that want to break the union with Britain while hoping that union will be maintained.
The question that faces those of us with a political interest/motivation is: what direction would we like to see public opinion move? If we’re nationalist/republican, we’ll want to argue our case, present evidence, show that being grown-up politically involves the responsibility of  being like other countries, running our own affairs, not having them run by the man next door, no matter how nice or rich he is. If we’re unionist at heart, we’ll want to argue our case for having decisions made by Mother Britain and do all we can to convince nationalist/republicans that theirs is a lost cause.

Is this where I came in?

2 Responses to Over 50% of Catholics like their Mother (of Parliaments, that is)