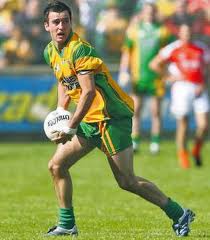 The Donegal Gaelic football team shouldn’t feel too bad about losing to Dublin in Croke Park yesterday, and not just because they made it a very close thing until the final period of the match. They should feel good because they provided a national service at Croker yesterday. They gave us all a laugh. No, two actually.

Laugh No 1:   Maybe it’s because the 1912 Covenanters weren’t talking about the six counties when they said Ulster Will Fight, or maybe it’s because so many Belfast unionists own holiday homes in Donegal, but  in the days leading up to the game BBC Northern Ireland were in danger of pulling a mental hamstring.  Normally, in accordance with their little Isle-of-Man type map of the six counties,  the Beeb’s interest in Gaelic games drops off a cliff once a team from Northern Ireland isn’t competing.  But with Donegal, well sure you see, it’s Ulster and it isn’t Ulster, so we’re really behind them, or are we no we’re not yes we are, no, yes… A terrible strain on the brain,  having to think like that. But truly funny to watch and listen to. It’s probably just as well Donegal were beaten yesterday. If it’d advanced to the All-Ireland final, the whole double-think experience could have given Auntie a stroke and that wouldn’t have been funny.

Laugh No 2:  RTÉ’s Pat Spillane.  Is there a dafter man in Ireland? There he was yesterday, getting red-faced and spluttery as only he can, giving out about “the shiite football” (yes, two ‘i’s and pronounced as shee-ite, a pun you see, God, Pat, you’re a caution) being played by Donegal. It was a crime against the sport, Pat declared. The man should go on the stage. Here’s Donegal, given no chance against dazzling Dublin, and they devise a defensive strategy that stops Dublin in its tracks for three-quarters of the game. And Pat denounces them! Let me put my arm around your manly Kerry shoulders, Pat, and whisper a little secret: the idea of a football game is to beat the opposition. OK?  Not to play pretty patterns and lose. Donegal, astonishingly, amazingly, very nearly pulled it off, and personally I thought a lot of that hand-passing was incredibly skilful. But then my sense of humour isn’t nearly as highly developed as the bould Pat’s.

View all posts by Jude Collins →
The Van der Lendens and what sort of person is your great-granny?
The recession – treading still-deep water vs bashing your shins