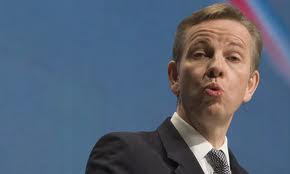 Every time I see a picture of Michael Gove, I want to punch it/him. Yes I know, violence doesn’t solve problems, we must try to seek a peaceful resolution of our differences, blahblahblah, but I still want to punch the little shit. At the same time, he has raised a really important issue in British education: what history should be taught, and how.  Of course, being Gove, he shows his bias immediately. He says that history in British schools should “celebrate the distinguished role of these islands in the history of the world and portray Britain as a beacon of liberty for others to emulate”.  Can you believe this man/little shit?  His starting point is that Britain Is Best,  and from that everything else will follow. (And yes, I saw that bit where “these islands” suddenly becomes “Britain”, and like you probably, I now want to punch AND kick him, but I’m trying desperately to stick to the central point, about teaching history. )

A group of history professors got together the other day and discussed Gove’s plans for history in schools at the Edinburgh international book festival. They didn’t think much of them. History classes would become propaganda classes, they concluded. One of the debaters was a RW Johnston, who’s described as “South Africa-based”. He warned against Gove’s plans, but then ruined things by lamenting how skewed the teaching of history is now in South Africa: “Black people are portrayed as martyrs, heroes, victims, and the whites are simply bastards. It is just as much a distortion as was Afrikaaner history”.

Now I think I want to punch RW Johnston. I’m agin the Gove line too but this man Johnston clearly has a bad dose of Alliancepartyitis: come now, people, there’s much to be said on both sides. Oh really? Whatever about the portrayal of blacks as martyrs, there’s little dispute that people like Mandela WERE heroes, RW. And it might just be that the whites are portrayed as bastards because exploiting a country (a continent, actually),  ripping out as much of its resources as possible, degrading its people to the level of near-animals is just the kind of thing that bastards do.  It’s all got a gratingly familiar ring to it: which of us is perfect, we’ve all got faults, it’s not black and white it’s grey (no it’s not),  oh look at them they’re a bunch of Most Oppressed People Evers (MOPES). Sometimes, RW, there are real victims.  Sometimes a system is set up by one side which is a bastard of a system and is kept in place by a set of bastards. And then to blame the victims for denouncing it!

Gove may be a miniature excrescence but  you have to hand it to him: he has raised an important issue. Discuss.

View all posts by Jude Collins →
It’s my parade and I’ll play what I want to
Do buildings talk?

3 Responses to Michael Gove: a man it’s hard not to hit