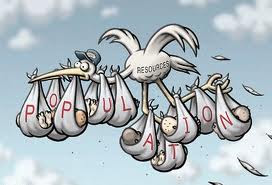 Compared to television, radio is a discussion-friendly medium. That’s  because you don’t have to have interesting pictures to go with every word spoken. But only when it’s compared to TV. When compared to real-life, radio discussion is thinner than Twiggy.
An example. On Monday last I was on The Stephen Nolan Show on BBC Radio Ulster/Raidio Uladh. The topic was a recent claim by Peter Robinson  that the future of the union with Britain may depend on Catholics  voting for it. A startling claim and one that bears examination.  Why might the First Minister have come out with this when he did?
Demographics might be one reason. Figures out last month showed  that in universities here, Catholics comprise nearly 50% of the student population, Protestants around 35%.  The Times  (in which Robinson originally made his claim) cites a recent national audit where children here were asked how they saw themselves: 53% of girls and 55% of boys said Catholic. So with the rumble of that particular demographic tumbril sounding in his ears, maybe Peter is hoping, that not only will Catholics learn to live like Protestants, as Terence O’Neill once famously claimed they could, but that they’ll learn to vote like them too.
Or maybe it’s the unionist opposition Peter has his eye on. There’s what’s left of the UUP and there’s  the Alliance Party, which you’ll remember whipped his Westminster seat from under him last time out. If you picture Catholics having to choose between say, Nelson McCausland (DUP) and  Mike Nesbitt (UUP) or Naomi Long (Alliance), there’s little doubt either the UUP man or the Alliance woman would get the nod. So maybe this is Peter trying to smooth the Catholic-rough corners of the DUP and snooker the opposition.
Meanwhile back at the Nolan Show on Monday, the switch-board was lighting up as a number of Catholics phoned in to say they’d vote to maintain the link with Britain rather than join a bankrupt republic. What held them back from voting for unionist parties here, they said,  was the stink of sectarianism coming off them. Maybe Peter hopes his statement will get the air-freshener working on his party and that nose-holding Catholics will troop in.
But what if economics isn’t at the heart of this at all? I talked to a unionist politician a while back and he swatted away the economic argument for union. When the south was booming, he said, unionists were against re-unification; now it’s bust  and they still don’t want to join. Might it be that nationalists feel the same way about breaking the link  with Britain? Maybe when the chips are down it’s not actually the economy, stupid, after all.
Certainly economics wouldn’t be my first or sole reason for favouring Irish re-unification, free from British interference. Were the man living next door to me to move in and start running my financial affairs, he’d probably make a better fist of it than I do. But I still wouldn’t let him cross the threshold  – in fact I’d brain him if he tried.  Why ? An old-fashioned thing called self-respect. I figure I’m all growed-up now, and as a grown-up I must make the decisions, not some next-door-neighbour, however pleasant or rich he may be.
One last point: you hear a lot of talk these days about people in the north not wanting to become part of a bankrupt republic.  Fair enough; but then nobody’s suggesting they do. When you mix green and orange you don’t get all-green, you actually get brown – a totally different colour.  Were we to re-unite the amputated bits of Ireland, free from outside interference, you’d get a new republic. Talk about a fairly-run-down northern state being swallowed up by a totally-run-down southern state is painting a pretend-ogre.
But as I say,  radio discussion doesn’t leave room for much elaboration or nuance. The guy that phones in and sounds fighting mad – it’s his voice that hogs the air-time. It doesn’t cast much light but the heat is terrific.

View all posts by Jude Collins →
Arlene Foster – What fracking interest?
The BBC, a woman in a shower and your head’s cut

6 Responses to Catholics voting for the union