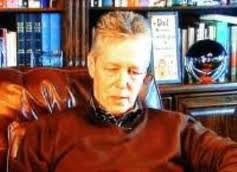 “It’s not about the Boyne in 1690 or Dublin in Easter 1916. It’s about dragging a small minority of folk in our country into the twenty-first century”.

Sounds like something by a politician or other worthy in this part of Ireland, doesn’t it? But it’s not – it’s Scottish National Party’s justice minister Kenny MacAskill, talking about sectarianism in his country. Equally applies here, you say? You could be right.

Except the problem is distinguishing between sectarianism and commitment to a particular faith/political position.  If you’re a Protestant/unionist, chances are you think you’ve a right to commemorate a centrally-significant date like 1690. Ditto if you’re a republican in terms of 1916. But does that mean you’re living in the past or being offensive to others?

Well, one way of evading such a charge would be to show respect for others in the way you  celebrate/commemorate your view of the world. Such as? Such as holding your commemoration in your own place, not outside the front door of somebody else’s house, so to speak. You’d also do well to avoid talking or singing in an abusive or threatening way about those with different thinking from your own.

Which brings us to Peter Robinson’s threat to resign if the badge or name of the prison service was changed. The First Minister didn’t say “Not an inch!” but his threat came as near as dammit to that in its intolerance of other views. He’s entitled to argue the case for badge and name retention, of course. That’s commitment.  But he  could have made that case  when the matter came up for Assembly discussion, rather than to an array of greedy media microphones. And since cross-party support is necessary, he could have successfully defended the badge and name then. But instead he chose the now-hear-this-not-an-inch route. And you’re right, Kenny –  that kind of attitude needs dragging and kicking into the twenty-first century.