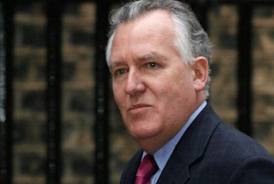 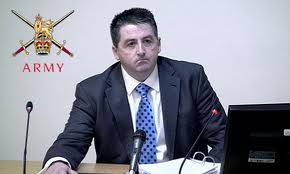 The Germans have a word for it – schadenfreude.  Loosely translated, it means taking pleasure in the misfortune of others. So how did you feel when you heard about Peter Hain this morning? Apparently bronzed Peter’s computer, which may have contained “sensitive security information” was hacked by people working for newspapers while he was British secretary of state for this warped corner .  This follows yesterday’s testimony to the Levison Inquiry, when the British intelligence officer Ian Hurst aka Martin Ingram, who is understood to have run informers within the IRA , said that his computer had been hacked by people working for The News of the World. Both Peter and Martin are seriously upset by this fact.

I’m not. Yes, I know that’s socially irresponsible, and I know Peter and Martin have all our interests at heart, but I don’t feel upset at the news. There was a time – there may well be still a time – when an awful lot of people here assumed their phone-calls were being monitored, their emails intercepted, their movements tracked at every turn. You didn’t have to be a criminal or a terrorist – it was enough if the authorities thought you might, um, bear watching. Have criminal tendencies. And now that you and I have access to Google Earth for free, which can let us see into our neighbour’s back garden,  imagine what the security boys can do with their professional, paid-for-by-you-and-me equipment. That little nick on the back of your thumb? Right now somebody is probably studying that through a satellite spy-camera. Back in the 1970s and 1980s, there were those who were highly insulted if they thought their phone-calls weren’t being tapped. Whaddyamean, I’m not important enough?

So there is a delicious kind of irony at Hain and Hurst/Ingram going all puff-cheeked about News International taking a look at what they were up to. Is that because  H and H had important information to conceal and we hadn’t/haven’t? If that’s the case, what were they doing spying on us in the first place?

Chomp. That’s the sound of the biter being bitten. Put on your party hat – it’s schadenfreude time.

View all posts by Jude Collins →
The BBC, a woman in a shower and your head’s cut
The Mayor of Belfast and a shameful affair

7 Responses to Peter Hain and the horrible hackers