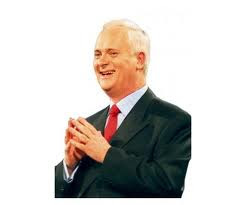 I have a problem with John Bruton. Among other things, he just doesn’t look or sound like a former Taoiseach. But then God made us all the way he intended and I’m not volunteering to enter any beauty contests myself. No, my main problem with John is his statement, uttered on the occasion of Prince Charles’s visit to the south of Ireland, that this was the happiest day in his life. His excitement when the mother of the Parachute Regiment’s Colonel-in-Chief came calling must only be imagined, and be sure to go to confession afterwards.  So I’m afraid that sentiment and image keep overshadowing everything, any time I think of John. Unfair, indeed. Totally unfair. But there you are.

Anyway I’m going to struggle once again against my prejudices this morning, as I  see John has been talking about the commemoration of 1916.  I think I’ve said in earlier blogs: I’ve a particular interest in this as I’ve  a book  of interviews on centenaries coming out later this year. So what did John say?

Well he was talking about an article in the Jesuit journal Studies, by a Fr Shaw. In the article apparently – I must read it – Shaw quotes extensively from Pearse, and questions his identification of nationalism with holiness, his hatred of England, and his glorification of death and violence.
“All commemorations serve an education purpose for the future” John says. “It is important that such sentiments as these not be glorified in 2016 and that their consequences be fairly assessed. They were misleading to people one hundred years ago and they are just as misleading today”.

Well now. I’m with John on that first sentence – we all should try to learn from commemorations, and act on what we’ve learnt in the future. So for example if you have a Remembrance Sunday commemoration, you should learn that it’s a bad thing to send young men to their deaths in a pointless military engagement hundreds of miles from home.  You commemorate and you learn.

As to the second sentence, where he’s talking about Pearse’s identification of nationalism with holiness, his hatred of England and his glorification of death and violence, let’s take the last one first. Sean O’Casey had a similar pop at Pearse in more than one of his plays – the blood of patriots fertilising the earth, etc. What neither John nor Sean does is point out that this was how leaders commonly talked then. Check out  political speeches at that time, particularly those referring to wars like the Great War – very much the same language of blood sacrifice. To us it seems gruesome; to them it was common-place and noble.

And Pearse’s hatred of England?  I suppose we’d need to see the quotations Shaw is using.  But if your country has been under the heel of the next door neighbour for hundreds of years, and during that time your people have suffered in all sorts of appalling ways, it might be understandable that a note of hatred would creep into your discourse. But as I say we’d need to see the quotations, wouldn’t we?

As to John’s last sentence: misleading? Wtf? Is John saying that the men of 1916 misled people one hundred years ago, when they seized the GPO? When they began a process that resulted in John and his fellow-countrymen in the southern part of Ireland being freed from British interference in their affairs? Now that would merit some educational thought. As for people being misled today, it’s not violence or hatred of England or equating patriotism with holiness that’s misleading people (although it’d be relatively easy to defend a link between patriotism and holiness, I think).  It’s the successive governments who’ve closed their eyes to the northern problem for close on a hundred years, who  built a corrupt state south of the border, and who in the name of patriotism handed over the sovereignty of the south to Berlin and Paris, so that the Irish budget gets the once-over in the Bundestag before it’s shown to the Dail – that’s where you’ll find your misleading, John.

But do you hear any government ministers or former government ministers admitting they’ve misled the Irish people, first the Irish in the north (“We will not stand idly by”)  and now in the south as well?  Don’t be a silly-billy. They’re too busy reading Studies  and hoping to get some ammo for controlling things in 2016.

View all posts by Jude Collins →
Those Ontario riots: I feel so ashamed – don’t you?
Derry City vs Linfield : losing ain’t easy

3 Responses to John Bruton speaks of "misleading". No, seriously.