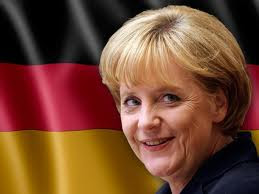 I was in Donegal at the weekend and I asked a man how he planned to vote in the south’s up-coming referendum. “Well,” he told me, “ if  Sinn Féin say no about something, I  say yes”. This man grew up in Donegal, lives in Donegal, works in Donegal.  That’s Donegal, the county that’s been neglected perhaps more than any of the twenty-six counties by succeeding governments. Even during the boom years, I remember another Donegal man’s lip curling when I mentioned the Celtic Tiger. “Well if there’ s a Celtic Tiger about, he hasn’t come up this way”. Except that he added at least four expletives as emphasis. Now that boom has been replaced by bust,  Donegal is experiencing what it’s always experienced, only to the power of ten.
What to do? Well, you’d think that Donegal people, of all people, would declare themselves mad as hell and not prepared to take any more.  Uh-uh.  As the man made clear at the weekend, sometimes people cast votes on the basis of blind loyalty or antipathy. He detested Sinn Féin, so no matter what argument they advanced, he was agin it.
Maybe it’s understandable.  Economic matters – and the Fiscal Treaty is definitely about economic matters – are sometimes hard to understand. Junior bond holders, senior bond holders, the IMF, the EFS, the markets – it makes my head hurt. So it’s easier to fall back on personality and prejudice for or against when you’re asked to make a decision.
They were trying to get beyond all that on RTÉ’s The Week in Politics on Sunday night. Eamon Gilmore was explaining that the Fiscal Treaty was all about stability and growth, Gerry Adams was saying that the treaty would sustain not growth but  austerity for the next twenty years. “It’s like saying ‘We’ll end this famine by starving the people’ “ the Sinn Féin president said.
The central plank in the Eamon Gilmore argument for saying Yes was that it would mean the south would have the option of going back for a second bail-out if needed. Gerry Adams claimed that the south would still have access to bail-out funds  even if it voted No, because the south of Ireland would still be in the eurozone, still be in the EU, and Europe wouldn’t be prepared to risk the contagion that an Ireland starved of funding would present.
Who’s right? I don’t know. But I do know that Fine Gael and the Labour party ran their election on the charge that Fianna Fail had sold out on Irish sovereignty, by doing the deal they did with Europe. Now that they’re in power, Fine Gael and Labour appear intent on passing total control of fiscal policy to Europe. In other words, Europe in the shape of the German government will tell Ireland what its budget should look like, what sort of gap there should be between spending and borrowing. What’s more, the south’s government, supported by Fianna Fail, will surrender to outside powers what’s left of Irish fiscal sovereignty, and they’ll make sure it stays that way by cementing it into the constitution.
Maybe they’ve got it right. Maybe we are headed for a United State of Europe, and part of that would have to be uniformity of spending and borrowing across the EU. Maybe John Hume’s post-nationalist era is about to dawn.  But shouldn’t the people of the south be told that? Don’t they deserve to know that Pearse’s dream of an Ireland of equals, freed from outside interference, is over?  That 2016 commemorations will be about looking at how totally out-of-date Padraig Pearse’s thinking has become in the course of recent years? And how the coming referendum, if voted through,  will be the visible sign of that out-of-dateness?
Here,Frau Merkel,  lock us up and swallow the key, would you?  We know it’s for our own good because our government has told us it is. And one thing we’ve learnt since the general election is, our government never tells lies.

2 Responses to Donegal and Angela