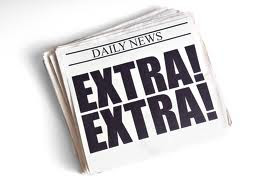 Is she gone yet? Can we come out now? Yes I think so.  The ‘analysts’ are busy at work, interpreting the body language and the significance and the symbolism and the rest of it.
I watched UTV’s report of the Tuesday visit and I felt it’d be putting impossible demands on my digestive system to follow much of the coverage yesterday and make sense of it. But thanks be to God, post-event we now have ‘analysts’ to do our thinking.
One such is at work in today’s Irish Times, talking about ‘another rolling Sinn Féin propaganda bandwagon’. Eh? I thought this was supposed to be an embarrassing encounter for McGuinness and Sinn Féin, that it was a sell-out of republicanism, etc,etc?  Seems not. Well, not in that bit of the analysis. Later on we’re told that yes, it’ll cause ‘some discomfort for Sinn Féin’. So it’s an uncomfortable bandwagon, OK?
Much is made of the difficulty the queen had in shaking McGuinness’ s hand, with her husband’s uncle (and her cousin, apparently) Louis Mountbatten having been killed by the IRA. No mention of the reservations McGuinness might have felt, in view of the fact that fourteen of his fellow-townspeople lost their lives when the British army shot them down in broad daylight in the streets of their city, and no British soldier has been charged with their murder – or even identified by the British Army. Some involved, in fact, have been decorated and promoted. But the ‘analysis’ doesn’t talk about that. Just as it doesn’t talk about the fact that  the queen met with victims of republican violence but not, I gather, with victims of British army violence or victims of loyalist death squads acting in collusion with the British army.
The’analysis’ ends noting the presence of the poet Michael Longley at the Lyric Theatre meeting yesterday, and quotes from his poem ‘Ceasefire’’. It’s the bit where Priam, king of Troy, is given back the body of his son by the son’s killer, Achilles. The poem ends with the moving lines ‘I get down on my knees and do what must be done/And kiss Achilles’s hand, the killer of my son’.
You get the parallel? All the pain is being carried by the queen, none by McGuinness or anyone on the nationalist/republican side. Oh dear, I can feel my digestive system rearing up again. It’s telling me that while that kind of ‘analysis’  would have been common in British army press releases at the height of the Troubles, it’s hardly what we should expect from self-respecting Irish journalism.
But hey, this kind of  ‘analysis’ isn’t unique or confined to the print media. Apparently Martin McGuinness is a special guest talking to Miriam O’Callaghan on RTÉ on Saturday night. So what do you think? Will she go to confession before or after the show?

View all posts by Jude Collins →
Doing a victory war-dance: big mistake
White gloves? There was more to it than that…

7 Responses to Events, dear boy, and how to ‘analyse’ them