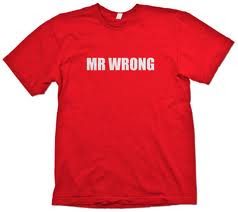 OK, OK – so I got it wrong. On Monday. On Tuesday night RTÉ made up for ignoring the north in the first half of John Bowman’s historical documentary and gave us lots of northern-related stuff. It even had my old friend Eoghan Harris declaring “I am a propagandist – that’s what I’m good at”.  I even gather (it happened while I slipped out to see a man about a dog) that they had Mary McAleese’s being denounced as a Provo-lover when she worked with the station and was reduced to tears (I’m relying on a usually reliable source that this was covered). What wasn’t in there was that my old chum Eoghan and his Workers’ Party chums exercised an iron grip on what could and couldn’t go on-screen about the north, and let’s say that anything which might cast republicans in a positive light was left firmly on the cutting-room floor.

The big conflict, as Bowman presented it, was between the attempts of the Catholic Church, the government of the day and pressure groups like Irish language enthusiasts to pressure RTÉ into doing it their way, with RTÉ more or less heroically standing up to such pressure. I think that raises a very interesting question: who’s to say that RTÉ’s way was the best way? Is it right that a state-funded station should be free to make programmes as it sees fit? Or is it in fact the case that (like the BBC), being funded by the state means that RTÉ cannot do other than produce programmes that by and large please the government (who are, after all, the elected representatives of the people, which RTÉ are not)?

I’m not attempting to answer these questions – just raising ’em.  You probably have the whole thing thought through thoroughly. Right? While Bowman didn’t provide the answers, he made a thought-provoking programme and for that he should be commended.

View all posts by Jude Collins →
RTÉ – national station (sort of)
Why do people join the IRA?

4 Responses to So what do I know?