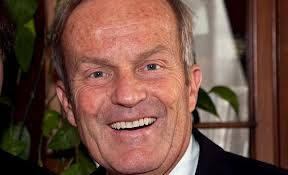 I’m in Boston and I’m itching to write about the different feeling you get from this society. Once, that is, you’ve got through US immigration, which isn’t necessarily easy. But I won’t, or not yet at least. I’d rather talk about  Todd Akin. He’s the  Republican who has put a banana skin under Mitt Romney by suggesting that a raped woman’s body  ‘shuts down’ and (I think this is what he said, it’s not clear) stops the raped woman become pregnant.
Nice one. Anything that keeps Mitt Romney out of the White House is OK with me. But on the broader topic of party and personal attitudes to abortion, there are two points that could use more thought.
One, when you vote for a party or a candidate, you vote for a range of issues – let’s call them A-Z. The chances that you’ll agree with the party or the candidate on every single letter in the alphabet are near to nil. So what most people do is – if they bother to check A-Z in the first place and don’t vote because they like the way the candidate combs  his/her hair –  they put their tick beside the name of the candidate or party that comes nearest to their thinking on the issues that they believe matter most. The problem with anti-abortion/pro-abortion debate in the US (and elsewhere) is that it masks all the other letters in the alphabet.
Two,  I don’t understand the anti-abortion-except-in-cases-of-rape argument. If you believe that the foetus is a human being, then it’s still a human being when it’s the result of a rape. So it’s a bit illogical as well as savagely cruel to respond to the crime of the rapist by killing an innocent, defenceless human being.
Three ( yes I know I said two things but I changed my mind – OK?), I don’t understand the the-foetus-is-not-a-human-being-but-having-an-abortion-is-a-deeply-serious-decision argument. If the foetus is not a human being, having an abortion  isn’t any more serious than cutting your nails or blowing your nose. It’s just a cluster of unwanted tissue that you want rid of.
Answers, please. Keep them  crisp and free of abuse.

View all posts by Jude Collins →
Paul Ryan – one of our own, eh?
Questions big and small

12 Responses to Hooray for Todd Akin!