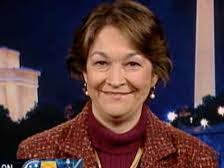 You learn a lot about a country or state  (yes, Virginia, there is a difference – come to Ireland some time) by checking out their media. The media partly reflect what people want, partly shape what they think people need.
In the UK or Ireland,  you got  TV  interviewers who pride themselves on their terrier-like qualities.  Jeremy Paxman on Newsnight or Vincent Browne on TV3  are examples of this in action.  They’ll tear into a guest,  attempting to nail them on one specific issue or force them to answer a specific question.  What you don’t get is any questioning of the political system behind that issue or question. Prince Harry is caught in flagrante in some far-flung flesh-pot place. The whole fuss is whether  photographs of him and his naked royality are an invasion of privacy. No focus, though, on whether it makes sense for hard-pressed British tax-payers to be forking out so flunkeys and bodyguards be paid  so they can follow this royal prat of dubious heritage while he flies off to indulge his royal lust.
In  the US,  the media bit different.  On the car radio driving from Boston to Lenox, Massachusetts yesterday, I heard a current affairs programme interview  an academic who noted that the average CEO  makes 300 times as much money as the average worker.  That’s what I call getting down to the nitty gritty. Will Obama’s re-election change that? No. Will Romney’s election change that? Yes. By the time he’s through his term of office, it’ll be 600:1. That’s the difference.
Last night I switched back and forth between two TV channels. One, C-Span, had Terry O’Neill the President of the Organization for Women Foundation.  She was taking calls from viewers and every single one of them was supportive of her views and of the Obama campaign. Meanwhile, over on Fox News,  somebody was interviewing some former big wheel in the Republican Party and was not so much asking questions as teeing up shots for him so he could send the ball crashing through Obama’s greenhouse. It wasn’t that he was giving the big wheel an easy ride: he was joining him in lambasting all the works and deeds of all Democrats, particularly in Massachusetts.
Is this a good way to interview people?  Most definitely no. There are few things more tedious than to hear two people agreeing with each other on a political issue. It’s cringe-makingly dull and it leaves the issue unexamined. That’s why I like when people disagree with me – it’s more interesting as welll as forcing me to think further, providing the differing view is one of substance and not just a cheap shot.
On the other hand, that CEO earning 300 times what the average worker earns – you don’t get much of that from the British or Irish media.  It’s more Vincent Browne entertaining us by gnawing the ankle of some distressed politician on some within-the-system point.  Maybe we should call a moratorium on all political interviews, if they don’t confront the politician with at least one awkward fact that questions the whole system within which he/she works.
Mind you, I don’t think they’ll ever, in Britain or Ireland, produce a b and b that serves them kind of pancake breakfast I’ve just pigged out on. Never, never, never, never.

View all posts by Jude Collins →
Hooray for Todd Akin!
The UUP: Ken leaves and the lift continues to plummet

One Response to Questions big and small