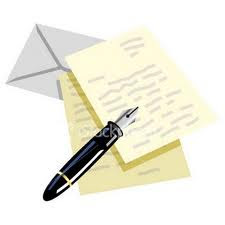 AN OPEN LETTER TO PETER ROBINSON
Dear Peter
I think you’re right. From your point of view, that is.  You’ve called on nationalists to “show respect for unionism” by referring to the state by its official title ‘Northern Ireland’.  You figure that use of other titles like ‘”the north”or “the six counties’”or “the north of Ireland” are disrespectful and “an act of denial”.
Indeed. What someone calls something often indicates what s/he thinks of it. If a man calls his wife ‘darling sweetie-pie’, he’s indicating that he holds her in his affection; if he calls her ‘you great lolloping moo-cow’, he’s telling her she ranks fairly low in his estimation.  When people call this north-eastern corner ‘the six counties’ or ‘the north’, they’re indicating that they see Ireland, despite partition, as one country. Like you, I can see why that might get up a unionist nose or two.
At the same time, Peter, are you maybe being a teensy bit brass-necked? For decades now nationalists/republicans have been listening to you and other unionists talking about ‘The Province’. “We’re campaigning right across the Province”, you say, when you mean “We’re campaigning right across Northern Ireland”.  You don’t think it shows a certain lack of respect for the good people of Monaghan, Cavan and (Jimmy’s winnin’ matches) Donegal?  I was born in Ballyshannon Peter, and you’ve just erased my birth-place. Yes I know, you’ve also erased Clontibret, ach sin sceal eile – we’ll talk about that another time.
And then (sigh) there’s Ulster. Ah, Ulster. As in BBC Radio Ulster, as in the Ulster Farmers’ Union, as in Ulster Unionist Party ( yes, of course, it may not be an issue much longer, but still). All the many and varied Ulsters that are actually too small for their boots.
So look, in the interests of peace and harmony, Peter, here’s the deal. Even though to refer to the ‘Six Counties’ is impeccably accurate, even though ‘north of Ireland’ is as geographically accurate as ‘Northern Ireland’, even though ‘North-East Ireland’ would be a  more accurate title than either of the last two – despite all those evens, let’s spit on our palms and slap hands:  you agree to campaign for all those references to Ulster/Province to be adjusted, I’ll be happy to recommend reference to Northern Ireland. Deal or no deal?
Mind you, I acknowledge that when you did your insulting-to-unionism speech, it was directed at a unionist audience.  You were explaining the Covenant to them – that unionists 100 years ago “saw their very way of life as being under the gravest threat and they were prepared to do whatever might become necessary to defend their position”.  You didn’t say “Sometimes violence is the only answer, and that’s what we unionist were prepared to resort to if we didn’t get our way”. Because if you’d said that, it would have meant you were condoning violence. And if you did that, crikey, where would that leave all those DUP denunciations of the blood-soaked IRA?  You and I both know, Peter, that the signing of the Covenant didn’t just gather hundreds of thousands of names – it put the threat of violence on the table of Irish politics.  It meant that the second decade of the twentieth century became one of the  bloodiest we’ve known.  In fact, if you had spoken plainly, the IRA in the 1970s and 1980s could have echoed Shylock in The Merchant of Venice: “The villainy you teach me I will execute; and it shall go hard but I will better the instruction.”
So it’s sort of ironic for you in the one speech to ask nationalists/republicans to call a spade a Northern Ireland shovel, while at the same time ducking away from calling the signing of the Covenant what it was: a gun to the head of democracy and nationalism. But that’s OK, my offer still stands. You see to it that all those geographically illiterate  Ulsters and Provinces are decommissioned, and I’ll publicly recommend that this carefully carved-out statelet be referred to as Northern Ireland.
Yours etc,