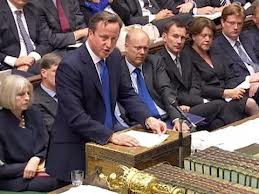 One of the most moving sights on TV in recent days has been the families from Liverpool whose loved ones were killed at Hillsborough so long ago.  I don’t understand it but it does seem that David Cameron saying he’s deeply sorry in the British House of Commons means quite a bit to them. As did his almost word-for-word apology to the Derry families who lost loved ones on Bloody Sunday. The one difference that strikes me is that the apology was followed almost immediately by talk of justice by was it Cameron or Clegg. Frankly, that sounds more like it. Your loved one died a cruel and unnecessary death,  decades later someone says “Oh, sorry” – and that’s it?  The families in Liverpool shouldn’t have to call for justice – the state should deliver justice without being asked.

You’ll have noticed too I expect that Cameron’s word-for-word to the Derry families stopped short of the word “justice”.  Is that a way of saying that relatives of innocents killed by the stupidity and incompetence of higher-ups in the South Yorkshire police force are more deserving of justice than relatives of innocents killed, not by stupidity and incompetence of higher-ups in the British army (and beyond), but by the deliberate actions and commands?  Not to mention the almost identical cover-up in both cases. I find it hard to believe that the fair-minded British public  (they are fair-minded, aren’t they?) wouldn’t demand justice for the Liverpool families and the Derry families. But I can’t recall hearing any such demands.

View all posts by Jude Collins →
Getting tangled up in Rory and other mishaps
Who dat?

2 Responses to Liverpool and sorry and justice for all?