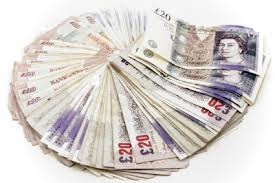 I’m sitting here drumming my fingers, waiting for a call from the Nolan radio show about the recent talk of taxing the rich. It’s an interesting idea, isn’t it? Odd that it hasn’t been seriously tried before.

Maybe that’s because the combined wealth of Cameron’s cabinet is £70 million. Cameron himself is worth around £4 million. Kind of difficult to bring yourself to stick a needle in your own eye, I suppose.  But there is a pressing need: according to the latest Sunday Times  Rich List, the wealth of the super-rich has grown by nearly 5% since the recession.  And that’s only counting ‘identifiable wealth’ – their bank accounts, for example, aren’t open to scrutiny.

I’ll avoid commenting on the wealth of the man who owns the Sunday Times  and point out that it’s not just a British or Irish issue: a study by James Henry, a former chief economist of the consultancy McKinsey  shows that a global super-elite has at least £13 trillion squirreled away in secret tax havens. (In case you’re having difficulty grasping what a trillion is, it’s 1,000 billion.) Henry says that’s a conservative estimate – it could be as much as £18 trillion, because there are countries like the UK which don’t allow access to data like bank accounts.

Since starting this posting, I’ve been on air, where David Vance was my sparring partner. I quite liked David, the one time I briefly met him, but he’ll have to get rid of the habit of putting words in people’s mouths, especially mine. His belief is that the rich are being over-taxed and they’re the job-providers.  Tired cliché, I’m afraid: we heard all this trickle-down economics back in the 1980s with the ghastly Thatcher. Let the market rip and the rich will make a packet and the less rich will benefit as greater wealth filters through society. Nothing of the sort happened then and nothing of the sort will happen now. What will happen is that the rich will get richer and the poor will get a kick in the teeth.

But don’t make the mistake of thinking that the rich are smart. Despite their wealth, the rich are truly stupid. Not only are they smothering their own humanity, they’re cutting a rod for their own back that one day will be seized by the world’s oppressed and starving, and applied with deadly effect.