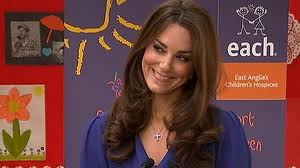 How do I feel about the Duchess of Cambridge’s bosom being exposed to a camera lens and made available to the public? Amused, mainly. And impressed. Not by her bosom (I haven’t actually seen it) but by the chutzpah of her and her husband in presenting themselves as victims. You live a life of unimaginable luxury, much of it at public expense, and then you lament the use of a camera lens and expect sympathy.  Have these people lost their minds? Or has the great British public lost its?

The parallels, of course, are being drawn with William’s mother and her relationship with the media  – to wit, that they in the end killed her. But they also gave her life while she lived. Their willingness to follow Diana’s every movement and listen to her every word was exactly what she wanted, even if that was complicated by the fact that she was at the time having a right royal scrap with the Windsors. It’s a nice tabloid notion, of a saintly princess being hounded to her death by crazy photographers, but frankly I don’t buy it. Any more than I buy the notion of Kate Cambridge being a sweet little victim of a monstrous media.  The opposite of love is not hate, it’s indifference, Elie Wiesel reckoned. The royals know that; they live their feather-bedded lives by it.

View all posts by Jude Collins →
Who dat?
I’m sorry?

15 Responses to The topless Duchess