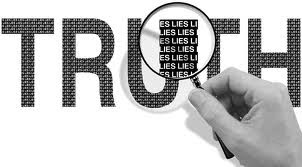 Sometimes out of evil comes good. Or if not good, an improved view of the problem. For years now, we’ve been hearing about the sexual abuse of children by Catholic clergy. When anyone tried to make the point that focusing solely on the Catholic clergy was to suggest that the problem didn’t exist elsewhere and on a comparable scale, they were slapped down. I remember myself asking the question about child abuse and other faiths, as well as the wider public. It was during a TV debate, and after the broadcast was over I was verbally mugged by three clergymen – two Presbyterian, one Church of Ireland, as I remember. They informed me with some intensity that this was a mischievous question and that such abuse was confined to the Roman Catholic Church.
So in that sense, thank God for Jimmy Savile. It now appears clear that he engaged in sexual abuse of children over decades, often on BBC premises. Just like the Catholic Church – just like all big organisations – the BBC covered up for the sake of their own reputation. Nor is Savile the only subject of investigation for such crimes. It appears that a number of doctors from the hospitals he helped raise money for, a number of other people in the BBC – whether guests or staff – were similarly engaged in abuse.
Move from there to the Leveson Inquiry – remember it?  Not into child abuse but press invasion of privacy. From top to bottom, it’s clear that the British press were gathering information illegally and that their bosses knew about it and said nothing. Cover-up again.
And then there’s the Hillsborough disaster, where nearly 100 fans lost their lives, and the police then lied about the reasons for it happening, blaming drunken Liverpool supporters. And what did the higher-ups in the West Yorkshire police do? You guessed it.Covered up.
If you’re old enough, you’ll probably remember the Widgery Whitewash – the forerunner of the Saville Inquiry (no relation, by the way) into the deaths of fourteen people on Bloody Sunday in Derry. The initial report lied about what had happened, as did the British Army which supplied the supposed facts. Once again, cover-up, this time not about abuse, but about life and death. And what did Lord Denning say about opening the can of lying worms concerning the Birmingham Six? To do so would be to present ‘an appalling vista’. Let’s keep it under wraps – it’s better that way.
If nothing else, the Jimmy Savile case and all the others should teach us not to believe a word we’re told by the authorities, except there’s clear supporting evidence. The question is, what lies are the authorities telling us now, that in twenty years we’ll be kicking ourselves for not having spotted at the time? Or as Jeremy Paxman so eloquently put it about interviewing politicians:  “Why is this lying bastard lying to me?”

View all posts by Jude Collins →
Obama – he’s the good guy, right? Wrong.
He asked for WHAT?