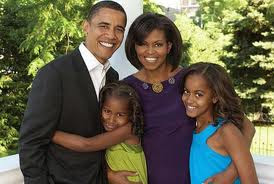 Sometimes you could despair about the human race. Or at least that part of it which reacts to political events. Like, for example, the American presidential election. Figures carried by the Irish Times yesterday showed that 90% of Irish people favoured the Democrat candidate, Barack Obama. And had I a vote, I’d probably cast it for him as well.  But it’s not quite going with good against evil, as an article in today’s Guardian shows.
It’s headed ‘UK support for US drones in Pakistan may be war crime, court is told’. A young Pakistani man is seeking legal redress for the killing of his father by a drone since the unmanned aircraft flew with the assistance of UK locational intelligence. More than 40 other people were killed in the incident. They had gathered to discuss a local mining dispute.
But Britain doesn’t stop with providing intelligence. The RAF has confirmed that it’ll double the number of drones used over Afghanistan. They’ll be operated from the UK, unlike its existing Reaper drones, which are operated from an air force base in Nevada.
The great thing about drones is that it keeps the people operating them well away from danger themselves. You just sit in Nevada – or somewhere in England – and make things happen in Afghanistan or Pakistan. What could be better? Or worse. Over the last eight years, drone strikes have killed roughly 3,000 people in Pakistan, with about 600 of them civilians, of whom 176 were children.
Big deal, you say? Those are tiny figures in a war. Well yes, comparatively speaking. But if you take the figure for innocent adults and children alone, that’s the equivalent of around 18  Omagh bombs going off, killing innocent adults and children.  Remember when the Omagh bomb went off, Bill Clinton and every bigwig imaginable rushed to Omagh to express their horror? Not much rushing or horror expressed by Obama or Romney. Or anyone else.
Which brings us neatly to the US presidential election. For many of us, Obama represents hope – hope of a US and a world freed from racial prejudice, hope of a new US that has stopped acting, not so much as the world’s policeman as the world’s rogue cop. And Obama’s got a smart wife and two terrifically sweet daughters.
But this is also the man who’s been giving the green light for drones to be sent to explode –  about 500 lbs in each case – and inevitably kill innocent men, women and children. If you reviled those who set the Omagh bomb in place, they have one advantage over Obama: they didn’t intend to kill people, as far as we know. They killed them all right but it wasn’t what they set out to do. But the man who’s running for the White House, the man who is indisputably the preference of most of us, regularly gives the thumbs-up for pilotless planes to fly in Pakistan and Afghanistan with the explicit intention of killing people. And if  a good number of civilians and children get blown away as well as enemy combatants, well, hey, that’s what we call collateral damage.
And yet, I’m ashamed to say, I’d still vote for Obama. What a vile thing American foreign policy is.

View all posts by Jude Collins →
OK, the goose got sauce. Now what about the gander?
Jimmy Savile: he’s opened our eyes. Maybe.