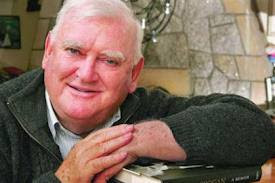 Maybe it was the title that did it. Tim Pat Coogan,  historian and former editor of The Irish Press, has had his application for a visa to the United States turned down. He was due to do a book tour of the eastern states, including a lecture to the American Irish Historical Society, but that’s off now. The title of his book? The Famine Plot.
The Irish Famine, or more accurately the Great Hunger, is an event of enormous significance in Ireland’s history. And not just Ireland’s. Among the million or so who made their way to the United States in the mid-nineteenth century were the ancestors of John F Kennedy, and the Irish have left and continue to leave a deep imprint on American society (yes, Virginia, for good and bad). Even more important is the imprint that time left on the Irish psyche. There’s a kind of race memory that still carries the scars of what happened to the Irish people more than a century and a half ago.
But like all history, the history of what happened in Ireland in the 1840s was written by the winners, at least as far as the general understanding of most people is concerned. What caused a million Irish people to die and another million to emigrate in coffin ships? “Because of over-reliance by the Irish on the potato crop. It failed, and the Famine happened”.  That’s true but it’s only half-true. Less well-implanted in public consciousness is the fact that food of all kinds went on being shipped out  of Ireland even as the people died on the roads and ditches of the country. Tony Blair apologised for Britain’s part in the Famine but he didn’t make clear what that part was. I haven’t read Coogan’s book but the title suggests that he’s pointing a finger at the action and inaction of the time which meant death for so many.. Maybe he  should have called it The Famine:  How the Irish Starved Themselves.