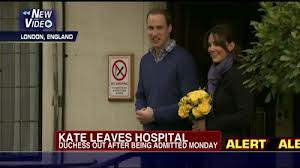 There’s futility and then there’s utter futility. When I first heard of that spoof call from Australia, impersonating Her Majesty (God bless her) and enquiring after her daughter-in-law, I said “I wouldn’t like to be the nurse that fell for that one!”.  What I had in mind, of course, was that the unfortunate nurse or whoever had let the call through, which had made a laughing-stock of things royal, would get such a blast from her superiors, it’d singe her hair. Alas, it ended with something far, far worse: the death of the unfortunate nurse.
So now – who’s to blame?  Is it the pair in Australia, who carried out the prank?  I would reply with a very firm No. Anyone I spoke to in the immediate aftermath said it was a right laugh, down to the sound of barking Corgis in the background. Now, however, lots of people are getting very moral about the spoof-makers. They’ve been taken off-air, there’s talk of banning all prank calls, they’re the villains.
I don’t believe that for a moment. I don’t know, of course, but I don’t think it’s wildly inaccurate to speculate   that those higher up the food chain from that poor, poor nurse gave her the mother and father of all bawlings-out, and that this directly related to the terrible and terminal step she took afterwards. The alternative is to believe that the nurse felt so badly about in some way having failed to shield the royal personage, the bearer within her of the next-but-one-or-is-it-two destined to sit on the royal throne, that she felt suicide was the only way out.
Dear God, I hope not. That would indeed have been an utterly wasteful and futile gesture – to give your life because in some vague way you’d embarrassed a pampered woman getting ready to produce another leech on the public purse.

View all posts by Jude Collins →
Och sure, it’s only 100 masked men
Let’s count some sectarian heads, shall we?

10 Responses to From spoof call to utter futility