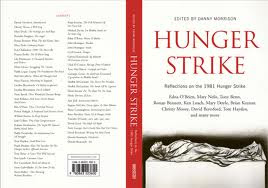 The release of historical papers at this time is always interesting. Sometimes we find that politicians were swearing themselves blind that X was the case while privately confiding in others that the case was definitely Y.  There’s an ethical term for it: lying.
The release of papers relating to the 1981 hunger strike are  particularly interesting for a number of details that emerge. That John Hume wasn’t too keen on Charlie Haughey and preferred Dessie O’Malley (although you could probably have worked that one out for yourself).  That Thatcher was flexible on the Falklands, while presenting her best Iron Maiden side to the public. And that Irish civil servants were warning the Fine Gael-Labour government to avoid having their views on the Hunger Strike match with those of republicans. This, Garret Fitzgerald was warned, could pose “real and urgent dangers” because prisoners in the south might join the hunger strike. “What if Portlaoise erupts?” his civil servants asked him.
But the two I like best are those involving the Catholic Church. The Pope apparently sent a personal message telling Sands it was his duty as a Catholic to come off the Hunger Strike. Sands responded by saying he’d suspend it for five days if the British engaged in negotiations. The British reported this by telling the Irish government that Sands “had not responded” to the Pope’s demand.  Only when questioned further did they  concede that  when they said Sands had “not responded” they meant that he had not agreed to the Pope’s demand. See what I mean about public face and private reality? And what we ethicists  call ‘lying’?
The other  (I don’t know whether to laugh or weep here) was the visit to Long Kesh of the Duke of Norfolk, apparently the top Catholic in the British nobility. He spoke to several hunger-strikers, trying to use his Catholicism as a lever to end the fast. Fr Tom Toner, a chaplain to Long Kesh prisoners at the time, to his eternal credit, wrote to the Duke:  “Your attitude and views caused unnecessary hardship for a family already bewildered and distressed by the imminent death of their son”.  When the Duke received this message, it caused, we’re told, “his hackles to rise”. Hello, I’m British but I’m a Catholic Duke, you chaps really should stop all this and let’s have no backchat from the padres either, please.
You couldn’t make it up.

View all posts by Jude Collins →
On lop-sidedness and neutrality
You murder, he kills, I clear the area

2 Responses to I say, there’s a duke outside…