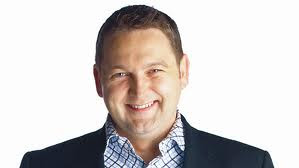 OK, cards on the table. I like William Crawley. He’s smart, cheerful and maybe the best presenter in BBC Belfast. ‘Sunday Sequence’, the radio programme he presents, has become a must-listen for anybody interested in political as well as religious developments here and elsewhere.
Right, that’s the nice stuff. Now the point on which I disagree with him. Yesterday on Twitter he said “We need to learn how to talk about one another without alienating the other. We can’t do that without befriending one another.”  I agree with him on the first bit, I fundamentally disagree with him on the second . He’s quite right that there’s not much point talking to someone if all you’re doing is getting up his/her nose. But the notion that we have to be friends with people in order to talk to them is plain wrong.
It’s also dangerous. During the Troubles there was a view touted, mainly but by no means only by the Churches, that what was called for was a conversion in each of our hearts. If we could all go through the day being nice to each other, the Troubles would be over. The gap in that reasoning is that we act towards each other partly through free will but to a considerable measure by the kind of society structures we live within.  In other words, politics matters.
The present flag dispute is a perfect example. Working-class unionists, or some of them, appear to believe their Britishness is being torn down, stripped from them. The facts contradict this, in terms of what flag flies on public buildings, what iconography and imagery adorn public buildings, what names streets have, what political view is exemplified 3,000 times over in marching form each year. Leave aside the brute fact of partition for a moment. The existence of the conditions described above are what need addressing, in an open, logical, fair-minded manner. Certainly if people involved are also friends, that’s fine. But I don’t like everybody and I wouldn’t presume to expect that everyone likes me. I will insist, and so should everybody, that society is organised on a basis of fairness and justice, and if there are competing political viewpoints, that the cities and towns and society people live in reflect this. Forget the ‘befriending’ bit, William. Let’s just start building in a business-like, decent-minded way. Then friendship will flourish.