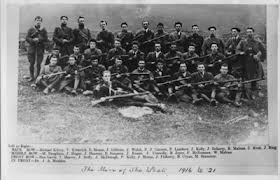 Either a number of commentators – notably from the Indo – are strangers to some of the grimmer facts of life,  or they are pretending to be shocked and horrified when they’re not. What am I talking about? I’m talking about Dessie Ellis.
Mr Ellis is a Sinn Féin TD who has never, as far as I know, made any secret of his former membership of the IRA. For several decades the IRA was engaged in a conflict/war/terrorist campaign (take your pick) against the RUC, the UDR and other British armed forces in the north. What happens in conflicts/wars/terrorist campaigns is that people try to kill each other. Put like that it sounds brutal and it is brutal. You might even say barbaric. But that’s what happens in conflicts/wars/terrorist campaigns. The winners are the ones who do the most killing or threaten to do the most killing ( cf Lloyd George’s threat of ‘terrible and immediate war’ in 1921).
Now British documents hitherto under wraps allege that Mr Ellis was involved  in over fifty “murders” during the conflict/war/terrorist campaign in the north.  I’m not sure what Mr Ellis’s role in the IRA was, but it’s generally accepted that he played a prominent part. And since conflicts/wars/terrorist campaigns involve by their nature killings or attempted killings, the allegation could be true. Except, of course,  that conflicts/wars/terrorist campaigns don’t usually term the object of the exercise as “murder”.  We don’t say “President Truman ordered the murder of 255,000 Japanese civilians in Hiroshima”  or “Winston Churchill arranged for the murder of 25,000 Germans in Dresden” or “Between them, George Bush and Barack Obama used drone bombs to murder 2680 people, including 173 children” or “Opposition forces in Syria today murdered 18 state soldiers”.
That’s because we don’t always disapprove of killing. We use “murder” when we want to say we disapprove, but we say ‘take out’  as in ‘Americans took out Osama bin Laden’, when we don’t think the killing was too bad an idea. When we think that the killing was a very good idea, of course, we pin ribbons and medals on the chests of the men who did the killing. Sometimes we erect statues to them.
My point? That when Indo writers such as Fiach Kelly  talk about Dessie Ellis and alleged  murder, they  mean that they disapprove of the IRA campaign in the 1970s and 1980s. Which most of us already knew. Had they been talking about the IRA campaign of Michael Collins in the second decade of the last century or the Arab Spring last year or countless other conflicts,  it’s a safe bet they would have used another word and shown considerably less moral outrage.

View all posts by Jude Collins →
I say, there’s a duke outside…
Nervous look over shoulder at 2012

28 Responses to You murder, he kills, I clear the area