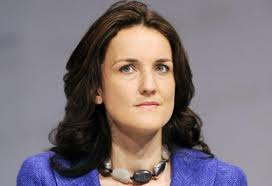 It’s interesting the illogical knots in which people can tie themselves sometimes. When Sinn Féin people talk about the need to hold a border poll, their unionist opponents tell them to wise up, a re-united Ireland is far from the minds of most people. The days of emotional dreaming are done. It’s jobs and mortgages and the other bread-and-butter issues that people are concerned with now, not some out-moded impractical allegiance. “Fair enough” you might say. “Sometimes you need to get food on the family table and other things must be suspended”. It’s a view I don’t share but I can see why it makes sense to some people.
If you’re one of that some,  ask yourself: what issue in the past three months has stirred people here most profoundly?  The horse-meat scandal? Child sex-abuse? The dearth of jobs?  Uh-uh. It’s the flags issue. That’s the one the DUP- UUP leaflet urged people to get mad as hell about. That’s what brought people onto the streets, blocking roads, singing songs, attacking the police. Flags. It doesn’t even have to be a sensible issue: the 17-times-a-year vote has no more to do with ‘ripping down’ imperial culture than my big toe has, but it still got hundreds if not thousands of law-breakers onto the street.
So approve or disapprove, it’s something other than jobs that moves people from time to time. There was no spilling onto the street to protest about lack of investment or jobs. It was the flag issue. The truth is, for better or worse, people can be worried sick about their job and at the same time indignant about non-economic matters. It’s seen in the flags issue and, since you ask me, Virginia, in the indignation felt that people like Marian Price can be incarcerated or released on the whim of a British Secretary of State who shows few signs of being pleased to have the job she has.  But the lovely Theresa is learning – she must be – that you don’t need a weatherman or an Oxbridge degree to know which way the wind blows. Because you’ve concerns about an empty belly doesn’t mean your neck supports an empty head.

View all posts by Jude Collins →
Looking for something stupid and cack-handed? Try Portstewart
Northern Irish – Promised land or no-man’s-land?

2 Responses to Concern with bread-and-butter. Oh, and flags too.