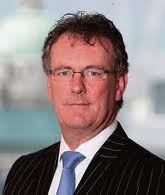 So.  Now it can be told: Mike Nesbitt is going to sort education here. “Give it to us and we’ll fix it” he declares.  Mmm. That merits some thought.
Firstly, is education here broken? I don’t think so.  I’ve seen the inside of more schools and classrooms here than most people, and  by and large, the pupils here are being served by teachers whose efforts sometimes qualify as heroic and habitually qualify as organised and intelligent. Which bit needs fixing, Mike? Anything to do with the odious 11+?
Or maybe it’s dealing with the pressing problem of empty school places. I saw and heard John O’Dowd talk about same this morning on the telly and he made perfect sense. He said when he would decide which primary schools would close, he made clear that economics and numbers were only one or two among a range of criteria, that the schools which seemed under threat would have an opportunity, along with the surrounding community, to make the case for their continuance, and that only in the light of those conversations would he decide next autumn which would have to close. Sounded eminently reasonable to me. Maybe Mike things differently.
Of course the UUP leader is the product of the grammar school + Oxbridge system, which existed during his time and still exists to cream off the quality and the devil take the hindmost. A lot of working-class parents have been brain-washed into believing that their children “wouldn’t be fit” for the intellectual demands of grammar school, and the general population of the UK has been brainwashed into believing that an Oxbridge education is as good as it gets. In both cases, total balls. Ability responds to a whole range of elements, including expectation, support and self-belief. The child who was a bumbling  C-  can become an A+ or an E, depending on what and who surrounds him or her. As for Oxford and Cambridge colleges, many of the lecturers there  are so busy doing their research that their teaching is appalling, their rapport with students non-existent and their famous one-on-one seminars with students little beyond the student reading aloud an essay s/he’s written and the lecturer/prof  pointing out weaknesses. There are exceptions, of course, as there are in any situation; but the notion of Oxbridge invariably giving students a stimulating and wonderful education is a dreaming-spires myth.
So I’d suggest Mike’s educational background might be more of a liability than anything else, in terms of the fixing-education issue.  Certainly he’s done and said nothing so far to suggest he’d see to the heart of things where others have failed. No, what Mike’s doing is trying to grab at a Big Idea and use that as a life-belt, because he can feel his party and himself being whirled relentlessly towards the plug-hole of history. Let the UUP fix our education system? I wouldn’t let them fix a puncture on my bike.

View all posts by Jude Collins →
Learning Irish: talk about pointless
Irony? No thanks, we’re English

4 Responses to Education? Mike’ll fix it