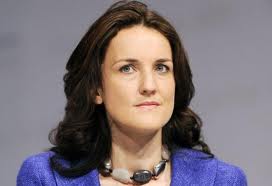 The English comment from time to time on the American inability to do irony but from time to time they show themselves numb to its existence. There’s a good example in this morning’s Guardian. The headline is ‘England-only MP votes needed for English legislation, commission says’ and it’s a report which looks at that old chestnut, the West Lothian question. Why, for example, should Scottish MPs be able to vote in the House of Commons on an issue affecting England but not themselves? This of course is what happens when you have devolution, so a commission headed by Sir William McKay says there should be restrictions on the rights of Scottish, Welsh and Northern Irish MPs to influence or determine purely English legislation. It seems 81% of English voters either agree or agree strongly that Scottish MPs shouldn’t be allowed vote on English laws.
You can see their point. No country likes to feel that foreigners are making decisions for them. The article goes on to remember how this controversy erupted a number of times in the past – “Once when John Reid, the Labour MP for Hamilton and Bellshill became English health secretary in 2003”.  You could see why the English were cheesed off – Scottish health was a matter for the Scots in the Scottish parliament, but English health was a matter for the English and the Scots in the UK parliament.
And the irony? John Reid was Northern Ireland Secretary of State from 2001-2003. In other words, the people of the North of Ireland were having their affairs looked after by a Scottish MP. Although the Scottish bit was a coincidence – mainly they’ve been English. Humphrey Atkins, Peter (Clementine) Brooke, Douglas  Hurd, Tom King, Peter Mandelson, Theresa Villiers…To list more is beyond my energies. But while Northern Irish MPs are as much use in the Commons as a gaggle of eunuchs in a harem, the (usually English) Secretary of State for Northern Ireland has all sorts of powers -including the power to send people to prison.  Ask Marian Price if you don’t believe me. Meanwhile the scorching irony of the  situation – the endless procession of English/Scottish/Welsh Secretaries of State flying in to decide the affairs of the people on this side of the water – just passes the English by.
You’d laugh if it wasn’t so serious.

View all posts by Jude Collins →
Education? Mike’ll fix it
Immigrants – what a shower, eh?

One Response to Irony? No thanks, we’re English