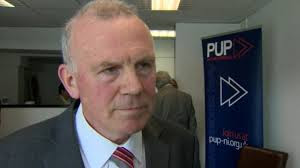 What does ‘reconciliation’ mean? In everyday language it suggests that people who for a short or long time weren’t getting along together have now made up their differences. Does it mean the same thing in politics? Presumably.
Sinn Féin is pushing forward with a reconciliation programme headed by Declan Kearney. It’d be fair to say that  the bit in Gerry Adams’s Ard Fheis speech where he spoke about working class republicans and working class loyalists uniting to pursue mutual concerns was part of that reconciliation programme. Sounds good to me, especially when we remember that the thirty years of the Troubles were conducted – and suffered – very largely by people from and in working-class areas. The middle classes – again, for the most part – remained blessedly free from the impact of the conflict and so had an insulated view of what was happening. In which case it makes sense that the working class, who suffered most, should be the focus of reconciliation. If that’s what people want.
“Eh?” you say. “ ‘If that’s what people want?’ Of COURSE it’s what they want”. Mmm – maybe. There are people so bigoted they can’t entertain the idea of getting closer to those who were their political and sometimes paramilitary enemies. These people feel more comfortable within their own insulated bubble, confining their contact to those of a like mind to themselves. It’s cosier, less stressful.
But there are others who are open to new thinking, who  see the need for new approaches to people who were pitched against them for decades. Recent comments from the PUP suggest they are open to such thinking. Their very existence suggests they don’t feel the DUP (or UUP) are reflecting their concerns or working for their benefit.
But there are at least three problems with the PUP position.
In other words, they’ll allow into the Reconciliation Tent only those who carry a ticket with                  ‘British’ stamped on it. If that’s the case, the PUP have nothing to contribute to reconciliation and not much to anything else.

View all posts by Jude Collins →
Does the Observer know about Marian Price?
Micheal Martin: a far-seeing bird?