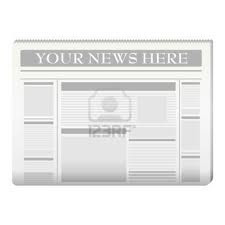 Understanding the past is a tricky business . A recent commenter (is that the word?) to my blog on Patrick Pearse mentioned Ruth Dudley Edwards’s book on Pearse. I haven’t read it so I can’t be certain as to what it says.  But I could guess by looking at Ruthie’s track record, notably her admiring account of the Orange Order, The Faithful Tribe.  The fact that her late husband Paddy Cosgrove wrote an admiring biography of Margaret Thatcher might also give a hint of the flavour to be found in Ruthie’s thinking and writing.
But it’s actually a book headlined by today’s Sindo  that’s caught my attention. The headline is ‘New book sheds light on dark deeds of republicanism’ (no surprise there) and the book’s called Voices from the Great Houses:Cork and Kerry.  It’s by a woman called Jane O’Keeffe, and she’s put together interviews done by her husband with people from those same great houses. The Sindo recounts the killing of Admiral Boyle Somerville by the IRA in the 1930s. The interview is with Tom Somerville, the admiral’s great-great-nephew, who tells how local young men who wished to join the Royal Navy would go to the Admiral to get a reference, which he cheerfully did. The IRA saw this as recruiting young men to serve in British navy and they shot him.
Those are the facts of the matter. His great-great-nephew goes on to give other reasons for his killing: (i) the IRA wanted to give some momentum to its flagging campaign of the time; (ii) he was an admiral and a Protestant, so his death would generate headlines. The great-great-nephew also claims the admiral “was simply trying to do a good turn in helping to get employment for local boys, rather than to recruit for the Royal Navy”.
The great-great-nephew may be right in his interpretation of the Admiral’s motives. He may, on the other hand, be wrong. How he knows them, he doesn’t explain. It certainly seems as though the Admiral was someone who was making it easier for young men living in the area to join the Royal Navy, which sounds like part of the recruitment process. Likewise, the IRA may or may not have wanted to generate momentum for its campaign through the killing; and the fact that the Admiral was a Protestant may or may not have been a factor in their decision to kill him.
What’s at issue here is the interpretation assigned to the Admiral’s role in recruitment and the motivation ascribed to the IRA’s actions. His great-great-nephew goes with the decent man/morally bankrupt IRA interpretation, which allows the Sindo  to produce its usual anti-republican headline. But little or no attempt is made  to offer other possible interpretations to the thinking behind the event. The great-great-nephew gives no evidence other than his belief that the Admiral thought that way and that the IRA thought in another way.
History, Napoleon said, is an agreed myth – and, he might have added, a myth that’s used to shape the present and create the future. Never let it be said the Sindo  hasn’t done its little bit to nudge things its desired direction.

10 Responses to Tale of an Admiral (maybe)