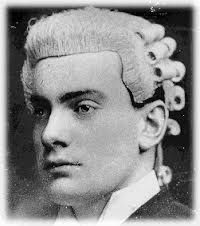 Among the tens of thousands of words spoken during interviews for my book Whose Past Is It Anyway?,  those of Ian Paisley Jr  are among the most memorable – particularly his thoughts on the Easter Rising.
“I’m an avid student of history, so I’ve absolutely no difficulty in exploring the Easter Rising further.  As I say, the more we study, the more we learn from it, and hopefully we learn not to repeat it. Regarding attendance [at Easter Rising centennial commemoration ceremonies], I don’t see why I would be inspired to attend. I’ve read about that history. It’d almost be like going and celebrating and understanding what happened in some of the death camps. I’ve always wanted to avoid going to Auschwitz.”
Then he gives his thoughts on P H Pearse.
“I studied what happened with Pearse. I think he was a lunatic…I can only say that Pearse was, in my view, a madman. In his own writings he compares his blood sacrifice to that of Christ’s. Those are the words of a lunatic. I mean, he was going there deliberately to die. You go into battles to win – even if you know you’re going to die.” [Laughs].
So was Pearse a little bit insane?
Hardly. For a start, his famous speeches about the need for the blood of young men to nourish Ireland’s soil were typical  of the rhetoric that was used at the time. The same images were used of those who died that same year at the Somme and in other Great War battles.
My second reason for believing in Pearse’s sanity is that Pearse was right in his predictions. In a final letter written to his mother on 1 May 1916 from Arbour Hill Barracks, he writes:
“We have preserved Ireland’s honour and our own. Our deeds of last week are the most splendid in Ireland’s history. People will say hard things of us now, but we shall be remembered by posterity and blessed by unborn generations.”
Which is precisely what happened. Hard things were indeed said about them.
“We said a week ago, with the scant knowledge we then had, that the connection between this disloyal movement and Germany was now complete; that the manner of Sir Roger Casement’s capture proved that German gold and German influence had all along been at the back of the sedition mongers in this country”. Belfast News Letter Tues 2 May
“No terms of denunciation that pen could indict would be too strong to apply to those responsible for the insane and criminal rising of last week. .. Were it not for the glory which has irradiated the Irish arms in the fields where the battle for human freedom is being fought [in the Great War], our heads might now hang low in shame for the misdeeds of those who have been the willing dupes of Prussian intrigue. – Irish Independent, Thurs 4 May
The Irish News  speaks of “ the terrible week that began with the seizure of a few public buildings and the posting of that unhappy ‘Proclamation’ “ and talks of the Rising in terms of ”the catalogue of the week’s blunders, disasters, crimes and retributions.”  – The Irish News, Thurs 4 May.
But as history shows, Pearse got it right when he foresaw  defeat in the Easter Week battle but victory in the war for freedom, at least for most of the country.
Above all, Pearse’s sensitivity and sanity shine through in his final letters to his mother and others from prison. Consider this poem, The Wayfarer, written on Tues 2 May 1916 in Kilmainham Gaol, the day before he died.
“The beauty of the world hath made me sad,
This beauty that will pass;
Sometimes my heart has shaken with great joy
To see a leaping squirrel in a tree,
Or a red lady-bird upon a stalk,
Or little rabbits in a field at evening,
Lit by a slanting sun,
Or some green hill where shadows drifted by,
Some quiet hill where mountainy men hath sown
And soon would reap”.
Lunatics don’t write like that. Beannachtaí na Cásca oraibh.

5 Responses to Was Pearse mad?