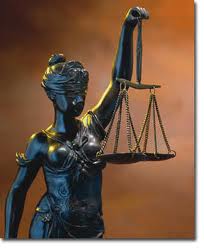 John McCullagh died a couple of days ago. He was a Catholic priest – or as the Belfast Telegraph  describes him, a “pervert priest” who “took his secrets to the grave, never having faced justice”. The report goes on to talk about how McCullagh “fled” to a Maghera nursing home when it was revealed that he had sexually abused an eight-year-old girl over a seven-year period. “Other victims did come forward in the wake of the Belfast Telegraph expose, but McCullagh never faced justice in court”, The paper then goes on to talk  about “his vile actions”.

I haven’t followed the case of Fr McCullagh so I don’t know any more than the Telegraph  tells me. However, I did know John McCullagh when he was a young man in the town from which we both came – Omagh. He was older than me and I remember him on occasion playing football with my brothers.  Since his death I’ve talked to a number of people who knew him, as a priest in Derry City and elsewhere, and they’ve been emphatic if not loud in his praise (it doesn’t do to be too loud when saying positive things about “pervert priests”), speaking of the amount of good work he did  over the years. The Telegraph doesn’t talk about this part of his life – in fact it seems resentful that McCullagh will be buried “with full religious honours”.

My guess is that McCullagh was like the rest of us – a mixture of good and bad. In the old days, the Catholic Church was rightly criticised for being obsessed with sexual sin, before which all other sins shrank into nothing. These days, the same people who would have been emphatic in their criticism of the Church for this are themselves most vocal in elevating sexual abuse to the exclusion of all other sins, in this case to the point where they are unhappy about how McCullagh’s body is lowered into the grave.

When we measure the worth of a life,  logic and justice demand that we assess all of it, not just the parts or actions  we select from it.  We know that John McCullagh had dark areas as well as clear areas in his life – as do we all.  Maybe we should leave the stone-throwing to those among us who are without sin. Like the Belfast Telegraph. Ar dheis Dé go raibh a anam.

26 Responses to Death of a priest