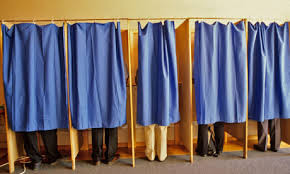 There must have been more than one wry smile at the news that an Irish unity referendum has been held in the electoral wards of Creggan Upper Co Louth and Crossmaglen Co Armagh. And another when the results were announced: 92% of people voted for a united Ireland.  Had the referendum been held in the Shankill or East Belfast, it’s a safe bet a different result would have emerged.
But Sinn Féin tends not to do things for no reason. By holding this referendum, it’s sending a message to its supporters: we haven’t forgotten our core issue, national unity. It’s also showing that the idea of a united Ireland doesn’t have to remain at the level of theory, it can have a real-world existence, if only in two carefully-selected wards.
Of course, Sinn Féin have been calling for a referendum on national unity for some time now. Arlene Foster has warned them to be careful what they wish for, they might get it. In other words, there’s no way a referendum on Irish unity would produce a majority in favour.  She believes the Shinners are simply posturing.
I think she’s wrong, for two reasons. One,  saying ‘I don’t want a united Ireland’ to someone with a Belfast Telegraph clip board is one thing; voting in the privacy of a polling booth could in many cases be a different matter. There’s also the fact that, even if it were to be defeated, a referendum would force politicians and people to examine what they mean by Irish unity and what they mean by union with Britain. What are the pluses, what the minuses in each case? So far, it’s been mainly flag-waving and sloganizing. A referendum, I’d hope, would get people to think about the position they support on the constitutional question and why they hold that position. Socrates believed that an unexamined life is not worth living. Equally, an unexamined unionist or republican position is not worth holding.

6 Responses to That 92% in Creggan and Crossmaglen