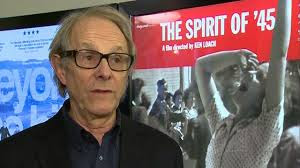 I watched a documentary last night which was inspiring in one way and deeply depressing in another. It was the English director Ken Loach’s The Spirit of ’45, and how, against all the odds, Churchill was kicked out of office after the Second World War and a Labour government, led by Clement Attlee, won by a landslide. They then went to do what few governments do: they kept their electoral promises.
The great thing that the Attlee government did was to tap into the wartime spirit of the British people. Having seen how a united effort of all the people could do great things in terms of resistance to Nazism, government ministers like Aneuran Bevin embarked on a series of nationalisations – of health, of transport, of energy. People realised that by planning things on a country-wide basis, duplication of services could be abolished and industry organised for the maximum benefit, not of private profiteers, but the people themselves.
That was the good part. The bad part was with the arrival of the late 1970s and Thatcher, who proceeded systematically to instal greed as the motivating factor, unfettered capitalism as the dominant philosophy. One by one the industries and services that’d been nationalised by Bevin were privatised by Thatcher.
This neo-liberal approach to politics swept the board and the very mention of the word ‘socialism’ was greeted by sniggers. Then came 2008 and the collapse of these marvelous systems of roaring capitalism. And who paid for the collapse? Not the people who’d created it. The people who’d suffered under it.
There couldn’t have been a better summary of Loach’s outline of British social history than the recently-heard tape of a conversation between the Anglo Irish Bank’s CEO, David Drumm and his colleague John Bowe, head of capital markets. They joke about how they’ve drawn the Irish government into endless support by picking the figure of €7 billion “out of me arse”, until the government was in hock for €30 billion. “So fuckin’ what” Drumm is heard to tell his colleague. “Just take it anyway …stick the fingers up”.
Nice. Nothing like the Irish sense of humour, is there? Or sense of outrage. Because instead of taking a holy vow never to vote for a party that allowed itself to be complicit in such a ghastly free-for-all followed by a bankrupting crash, the Irish people of the south have now shown that that party- Fianna Fail – is in their opinion the best party in the state.
They say that people get the government they deserve.  The people in the south must have done something very very bad to have deserved Fianna Fail. That they have learnt nothing is seen in their attitude to the present Fine Gael-Labour coalition. As they might have sung in Ken Loach’s film but didn’t: “It’s the rich what gets the pleasure/And the poor what gets the blame/ It’s the same the whole world over/ Ain’t it a fucking shame”.

View all posts by Jude Collins →
Ed, football and flags
Henry and Malachi – telling it like it is?