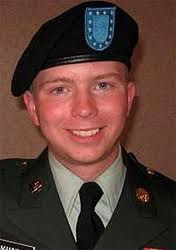 Was Bradley Manning right? Was he justified in passing to Wikileaks classified files showing what American foreign policy was really up to? Many if not most of us would be tempted to respond with a firm ‘Yes’. But if we were American would we be as firm in our approval of the US soldier? He’s been acquitted of the charge that he leaked files that helped Osama Bin Laden hatch plots against the US, but he’s seen as having done so much other damage to his country, he could face the rest of his life in prison.
On a smaller scale, we get the same situation here. Republicans are often urged to reveal to the authorities any information they may have about killings that occurred during the Troubles. (In passing it’s worth noting that we don’t hear the same emphatic calls for former members of the RUC or the UDR or the British army to blow the whistle on killings committed by their colleagues. )
In cases of suspected child sexual abuse, Catholic clergy are condemned for having remained silent rather than going to the authorities to report illegal and obscene crimes by their fellow-priests.  In all cases, the assumption is that the right thing to do is to support the authorities, the law of the land, and condemn those who fail to do so.
That’s not how that thoughtful Englishman E M Forster saw things. “If I had to choose between betraying my country and betraying my friend I hope I should have the guts to betray my country. Such a choice may scandalize the modern reader, and he may stretch out his patriotic hand to the telephone at once and ring up the police. It would not have shocked Dante,  though. Dante places Brutus and Cassius in the lowest circle of Hell because they had chosen to betray their friend Julius Caesar rather than their country Rome.”
I think, all things considered, I’m with Forster. Bradley Manning wasn’t choosing between his friend and his country but between the truth and his country – in some ways  an even harder decision to arrive at. I know one thing: if a son or daughter or brother or sister or spouse of mine were to have committed a serious crime – say, murder – and came to me for help, there’s not a cat’s chance in hell that I’d turn them in. That’d be a crime? Right. And your point is?

View all posts by Jude Collins →
GAA games and Ulster teams
Thatcher and Long Kesh escape: ‘Even worse than we thought’.

8 Responses to Bradley Manning and doing the right thing.