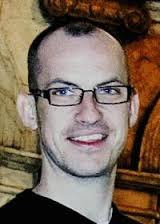 Interesting top story this morning on BBC Raidio Uladh/Radio Ulster’s ‘Good Morning Ulster’  (no dodging that ‘Ulster’ in the BBC). It concerned Kieran Doherty, a Real IRA member who was shot dead and his body dumped by his own colleagues. The PSNI, using MI5 evidence, claimed that he was also involved in drug-peddling and that his family should not be entitled to compensation for his death. It now emerges that the PSNI/MI5 claims didn’t stand up and Doherty’s family has been awarded an undisclosed but substantial sum in compensation for his death. This, even though the original sum had been cut in half because he was a member of the Real IRA. This has vexed the UUP ex-leader Tom Elliott, who points to the much smaller sums paid to relatives of the security forces who lost their lives.
Mmm. Let’s consider that last bit. Would it not make more sense to make enlarged awards to the relatives of security force people, if Tom or others feel they have been inadequately compensated? No matter how much or how little Doherty’s family gets, the security forces relatives will still have what they were given. The compensation sum paid to Doherty’s family doesn’t add or subtract a penny from what security forces’ families were paid.
Then there’s that thing of cutting the compensation to Doherty’s family by fifty per cent. As Doherty’s uncle argued on the radio this morning,  Doherty’s relatives are innocent victims – regardless of what Doherty did, their grief is just as real. So if it is, compensation seems reasonable. Is someone saying the Doherty family’s grief is just 50% of normal grief? What daft reasoning.
Finally and most important: I was under the impression that lying in relation to evidence in such a case was a very serious matter – the kind of thing you could go to prison for.  It seems quite clear that the PSNI/MI5 cooked up some spurious story about drug-dealing that in reality was a pack of lies, in order to discredit Doherty. Yet Raido Uladh/Radio Ulster had no mention that this attempt to falsify the case might be punished. If you or I went into court and gave evidence that proved to be a pack of lies, we’d be done for perjury. It’d appear that the PSNI and MI5 can play fast and loose with truth and the notion of penalising them simply doesn’t arise.
Has somebody taken the blind-fold off Justice and forgot to tell the rest of us?

View all posts by Jude Collins →
The media: nostalgic for the violent past?
No politics. This time it’s personal

5 Responses to Kieran Doherty: is it OK for the PSNI/MI5 to lie about him?