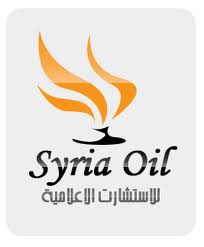 Yesterday I asked you how you felt about the IRA. Today let me expand that a bit and ask how you feel about ‘men of violence’. You know that phrase well – it was used by unionist politicians and the SDLP to describe paramilitary groups here, particularly the IRA. Men of violence. Rejectionists of democracy and the peaceful resolution of difference.
I ask this because I was listening to Nigel Dodds on the radio this morning and he made it clear that he is a man of violence. Not a paramilitary, I hasten to add, and not even one of those who voted yesterday in the British House of Commons for military ‘intervention’ in Syria.  Nigel was against Cameron’s request for carte blanche. And Nigel’s side, mercifully, won. Nigel conceded that he’d favour a ‘surgical strike’ in Syria, but that wasn’t on the cards. That’s why I say Nigel is a ‘man of violence’. If he believes the conditions are right, he’ll use violence. (And I hope you haven’t missed the irony of ‘surgical strike’. Surgery is normally used to removed diseased tissue and help the patient live. Surgical strikes are normally used to identify undesirable areas and help kill everyone there.
Meanwhile those on the other side of the House from Nigel were reassuring us that there was ‘incontrovertible’ evidence that the Assad regime was responsible for the use of chemical weapons. Under pressure, it emerged that while the UN team has found no evidence that Assad did the vile deed, ‘intelligence’  had assured the Yanks that it was definitely Assad  who dun it. In other words ‘We say it happened like this, so it happened like this. Trust us’.
Right. Like we trusted the US when they used napalm in Vietnam in the 1970s, or in the 1940s when they used the atomic bomb (there’s the ultimate example of terrorism, if that’s what you’re looking for) or any of the other ghastly ways the West has of killing people.
Which brings us to something near the nub of things: what’s so different about chemical weapons? Yes, they’re forbidden by the Chemical Weapons Convention and international rules of war, but I repeat: what’s so different about them? Cluster bombs, drones, nuclear weapons, plain old bullets –  all of these things are designed to rip apart the human frame or to end its functioning as a living entity. So the West’s embargo on Iraq which killed so many Iraqi infants because of lack of medical supply – that’s more or less OK. But chemical weapons: uh-uh. Red line. No cross.
At the danger of sounding like a broken record: Syria is all about oil. It produces a healthy amount of oil itself, but its geographical positioning is what makes it really vital to the West’s interest. It’s close to pipelines and sea routes that carry much of the world’s crude oil. Like the Suez Canal, or the Suez-Mediterranean pipeline, which moves oil from the Persian Gulf to the Mediterranean. An attack on Syria could disrupt these vital channels, which is why the Americans and others are so keen to stick their oar into the conflict in Syria.
And you thought it was because the suffering of the Syrian people had touched the hearts of Barack Obama and David Cameron, Virginia. Alas no. The truth is, Obama and Cameron don’t have hearts. And the place in their heads which would normally house a conscience is, I’m afraid, Virginia, quite empty.

View all posts by Jude Collins →
What’s your view on the IRA?
Remembering Seamus Heaney

One Response to Men of violence