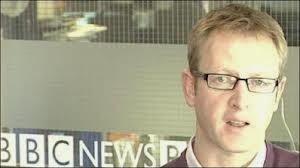 I was on The Nolan Show  last night and had the privilege of shaking hands with Alan McBride before the programme began. I thought he looked pale and tired; little wonder, given the memories that must have been stirred for him and others on the twentieth anniversary of the Shankill bomb.
The programme dealt with the subject sensitively, I thought.  In fact, the film clip of the immediate aftermath of the bomb, intercut with interviews with those like McBride who had lost loved ones and shots of those they had lost, was harrowing. A shot of a child, with all her life possibilities cut dead before they could properly start, another of Alan McBride’s wife in her wedding dress were almost too painful to look  at. I’m assured that the families find solace in viewing such clips and remembering that day of loss. As someone fortunate enough not to have lost immediate family in the Troubles, I found them painful as a knife.
I had a chance to speak briefly during the programme. I tried to say something of the above and to add that with regard to the plaque to the memory of Thomas Begley: that’s what armies do. That’s what cenotaphs are about, that’s why all those names are listed in stone, that’s why there are poppy-laying ceremonies on Remembrance Day. There are people here whose loved ones were taken from them by the actions of the British armed forces who must accept that other people see these forces in a different way from them. Likewise, painful though it may be, the people of the Shankill have to accept that the Ardoyne community and particularly the former comrades of Thomas Begley see him as someone who died in a cause which they honour. Until we can accept these different loyalties and give each other the emotional elbow-room to express them in a quiet, dignified way,  we’re on the road to nowhere.

17 Responses to About last night