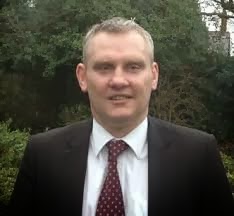 OK, confession time: I like Basil McCrea and John McAllister. I’ve met both of them and there’s something innately and genuinely charming about both of them. Basil has a boyish air of innocence  (‘Who, me sir? Scoff the cake??’) and John has a rural solidity and quiet friendliness. Granted, it doesn’t always come across on TV but that’s how I found them. They’ve also shown the good sense to leave the Ulster Unionist party which is struggling to be hard-line and look liberal at the same time. So I’m well-disposed towards both men.

Maybe that’s why I admire John’s comments at a Sinn Féin conference in London. The fact that he attended and spoke are both good. It’s what he said that is a wee bit harder to swallow.

He asks Sinn Féin to embrace the constitutional position of Northern Ireland, just as 175,000 Irish people have embraced the UK’s capital city.  That injunction has two stumbling points. The first is that republicanism by its nature is opposed to the constitutional position of Northern Ireland. Any action it takes is motivated by a desire to free itself and the people of the north from Mother Britain’s embrace. The second is that of the 175,000 people in London, it’s a safe bet that if economic circumstances in Ireland allowed them to live and work at home, they would be on the nearest plane. They don’t so much embrace London as accept it as a fact of life when you come from a divided country.

John also urges Sinn Féin to drop this nonsense about a referendum on Irish unity – sure the polls show only 3.8% of people want constitutional change. Right. That’d be like the polls said that Fine Gael would sweep home with its referendum to abolish the Seanad. Saying stuff to a man or woman with a clipboard is one thing; being in a ballot-cubicle where you can affect historic change sought for centuries is quite another. And even if constitutional change were rejected, wouldn’t that clear the air about present positions on the border?

John also says Sinn Féin should start talking about ‘Northern Ireland’, not ‘The North’ or worse still, ‘the north’. Mmm. Maybe if there was less talk among unionists of The Province, and if the local BBC didn’t see fit to call itself Radio Ulster, not to mention the University of Ulster, such a request might find more receptive ears. But even it didn’t, using ‘the North’ or alternatives to ‘Northern Ireland’ is simply to say that you don’t believe a state carved out along strictly sectarian lines, run by a system of gerrymandering and discrimination until the roof came in, and maintained even now by Britain’s claim to legislate for its next-door neighbour, is a desirable state of affairs.  There are worse things this state could be called than ‘the North’.

I said at the start that I liked Basil and John. Actually they can be very annoying in the views they have. But to be honest, that contradictory element in people is less than rare. Sometimes the people you disagree with politically can be genuinely nice people. And vice versa. So nothing personal, John, but we can only do business when we all know what we’re talking about.

View all posts by Jude Collins →
Need some money? Sorry, no go.
Bombing and reactions