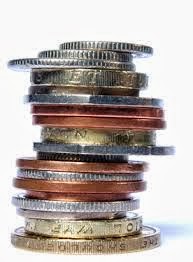 Another instance this morning of the dog being paralysed by its own tail. Steven McCaffery in the Detail.ie and Radio Ulster/Raidio Uladh both cover the story of £80 million that’s in the Social Development Fund and that can’t be released to help people in need. For why? Because the DUP and Sinn Féin can’t agree over how it should be spent. Typical, eh? The two big parties, stubborn and dead-locked, one’s intransigence matched by the other’s bull-headedness. But hold. What would the two parties do with the money? Let’s look a little closer.
Sinn Féin says it thinks the money should be allocated on the basis of need. The DUP says ‘No comment’. EH? Did I hear aright? The DUP don’t think distributing money on the basis of need is a good idea? Well they don’t actually say that. Just ‘No comment’. However, in the past they have talked about pockets of need in Protestant areas that should be addressed. Jim Wilson of East Belfast believes the money should be split 50-50. What could be fairer than that?
Give us a break, Jim. Nobody in their right mind would disagree that there are  Protestant areas that are up against it – high unemployment, low educational attainment, all the bad stuff. But hey – official figures – that’s official  figures, not Sinn Féin figures – show that in this state, 16 out of 20 of the most deprived wards  are in Catholic areas.
Which is where that paralysed dog came in. The DUP feels it daren’t respond to that need because if it does, it’ll look like they’re giving all the goodies to themuns and virtually ignoring arens.  What they should do, of course, is pluck up their courage and distribute the money according to need as officially defined. Having done that and provided money that’s vitally needed, they should turn with Sinn Féin to look at these pockets of Protestant deprivation and see if something radical can be done that will turn them around. In the meantime the DUP should show that it’s in charge, not some sectarian tail that’s making the DUP dog look as if it’s sectarian as well.  Which of course it’s not.

3 Responses to Need some money? Sorry, no go.