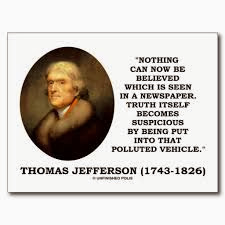 The News Letter  is the oldest daily newspaper in the English language, a generally respected mainstream organ.  But you’d never guess that from its editorial yesterday. The paper accuses “even moderate nationalists” of pushing “an emerging narrative” (I think I hate that word) of the Troubles, with a murderous British state and the IRA the only reasonable response.
Where have they been hearing “moderate nationalists” say this? Nowhere, I suggest.  But of course that’s a red herring.  What’s really on their mind emerges in the third paragraph. It’s the “latest reports of state collusion”.  It’s a lie, this collusion talk, The News Letter  says. The truth is “a restrained British state overwhelmingly abided by the rule of law in the face of terrorist depravity”. It goes on to call on moderate unionism to support “a group of academics”  who are challenging the nationalist bid to retrospectively legitimise terrorism. All hands to the pump.
You see what they did there? One minute we’re talking about a British state which colludes in the killing of its own citizens. The next we’re concerned with these nationalists who are intent on presenting the IRA as reasonable. Uh-uh. Sorry, guys. Stick to the original topic or you’ll lose marks. The topic you’re concerned about is Anne Cadwallader’s book Lethal Allies  and the locked-down, screwed-tight and carefully-rivetted cases of collusion presented there. State forces, acting with the knowledge of those at the top of the RUC and of top government officials, killing innocent Catholics by the score.The DPP ignoring glaring evidence when ‘security force’ killers were involved and blocking cases from coming to court. Pieces of evidence going mysteriously missing. In cases that got to court, the fact that the accused was a member of the ‘security forces’ conveniently omitted.
The News Letter is right in one thing: there is an effort underway to rewrite the history of the Troubles. To rewrite the history which would present a restrained British state attempting to counter IRA depravity, with an occasional low-level bad apple giving the security forces a bad name. To substitute for that the truth of what happened in the 1970s to over 120 innocent Catholics. Because collusion was not, as the News Letter  would like us to think, “low-level”. Read the book. Instead of  providing diversions with talk about border Protestants being killed – for which there is a case to be answered  -stick to the topic. Border Protestants weren’t killed by the state forces paid to protect them. Don’t try to throw people off the scent by talk of  “serial killer republican thugs”. Read Cadwallader’s book. Suspend your efforts to present a restrained British state under assault from psychopathic republicans.Instead address the appalling tale of over 120 innocent people killed with state support and approval. Read the book. Then tell us which part isn’t true.
You bet recent history needs to be rewritten. Because the lazy accepted one collapses in the face of Cadwallader’s research.

View all posts by Jude Collins →
President Michael D Higgins, lunatics and idiots
You don’t understand – so what?

19 Responses to Newspapers and painting the historical picture.