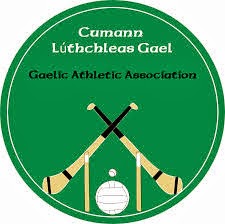 Good news. Peter Robinson is to attend a big dinner at Queen’s University tonight. It’s organised by Co-operation Ireland and it’s to give public recognition to the GAA’s efforts to forge better community relations.(The EU beat them to the punch, so to speak, when they yesterday recognised the exemplary role of the GAA in Irish society). Last Friday Martin McGuinness and Robinson sat together at Ravenhill to watch Ulster defeat Leicester in rugby.  So you could say tonight is a tit for tat.
But is there any point to these tittings and tattings, these shoulder-to-shoulders? Not in practical terms. They don’t change the fact that Peter Robinson weaseled out of his agreement regarding a peace centre at the Maze/Long Kesh. It doesn’t change that Gregory Campbell is using the cover of the House of Commons to make all sorts of unsubstantiated charges about sexual abuse and what was it, a hundred republicans?  It doesn’t provide jobs for those who are jobless or help those struggling to find the money to pay the mortgage.
But it’s better than a  sneer and a turned back. That’s what the DUP used to offer, when it refused to sit in the same studio as Sinn Féin, let alone meet with them or converse. So to that extent tonight is highly desirable.
Unfortunately, for a people who pride themselves on being practical and hard-headed, we seem to attach more importance to meetings and symbols and gestures than we do to building on those in practical ways to effect real change. Just one personal example: I took part in a debate last summer with some Young Unionists from the UUP. It was good for them and me to see that we actually were human beings rather than some sort of two-horned, cloven-hoofed anti-Christ. But the unhappy truth is that neither party left the discussion with any shift in their thinking – and yes, Virginia, I do include myself in that.  Let’s not dismiss the importance of the symbolic but for God’s sake let’s not kid ourselves that it’s worthwhile in the absence of substance. As a wise unionist once said: “It’s deeds, not words, that count”.

5 Responses to Peter Robinson and the GAA