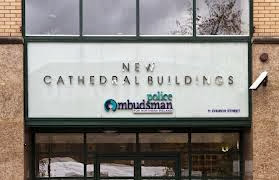 So now three DUP MLAs have requested the Ombudsman to look into Gerry Adams’s role in the Liam Adams saga. I wonder why.

Whatever the reason, from a DUP point of view it must seem logical that they take every opportunity to…I was going to say ‘chip away’ but that’s copyrighted…to weaken the leader of the main party you’re in government with. Yes I know that sounds nuts but it would almost certainly resonate with the bwm. But in doing so, the three DUP amigos have forgotten something rather important.

With each blow  they aim at Gerry Adams’s reputation, they are strengthening Sinn Féin. Sounds counter-intuitive, as they say nowadays? Well, it’s just that patently opportunistic actions against Sinn Féin only stiffens the support of those who are Sinn Féin voters and possibly adds to their number. If the DUP truly wanted to weaken Sinn Féin at the polls, they should start saying they think Gerry Adams is a very fine person, they admire the work he’s done to bring about and maintain peace, and that he leads a party they are happy to be in government with. If they did that, Sinn Féin voters would begin to think Sinn Féin must have abandoned every republican value, seeing as how the DUP were now so fond of them.

Worth a try, guys.  Although if you do, there’s one big catch: your backwoodsmen  will almost certainly have a collective heart-attack. Still, you can’t make a political omelette without breaking backwoods hearts.

5 Responses to Reasons for ringing the Ombudsman