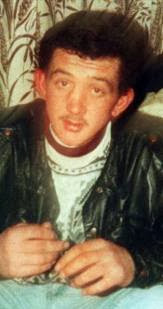 Once again the subject of the Shankill bombing comes centre stage. Plans have been announced for a commemoration of Thomas Begley, one of the two young men who carried the bomb into the Shankill fish-shop and who was himself killed in the explosion. Now a commemoration is planned for him later this month, a few days before the anniversary of the bombing.
As I’ve said elsewhere, there are trigger words here which drive people into paroxysms of outrage, and ‘the Shankill bomb’ is one of them. To the people of the Shankill Begley was a murderer, the essence of evil, a man who helped bring about the deaths of nine people. To republicans, he was an IRA volunteer who was involved in a military operation in which he lost his life. Everything else – the assertion that a postponed meeting of the UDA was the intended target, the premature explosion which took the life of one of the bombers – is shaped by these two contrasting views.
Alan McBride, whose wife and father-in-law were killed in the explosion, was on TV recently and I thought he spoke honestly and with understanding. He said that when he heard a band playing in the Ardoyne on the first anniversary of the explosion, he felt deeply hurt. He acknowledges that Thomas Begley was some mother’s son, but that his commemoration should not be thrust in the faces of those who suffered through his actions.
That seems a fair and in the circumstances noble reading of what happened then and what should happen now. An acceptance that, for whatever reason, the relatives of those killed in our conflict have been hurt to a depth most of us can only wonder at; and an acceptance that those actively involved in the conflict, while reviled by one side, are seen as courageous and worthy of commemoration by the other.
We can only hope that the note struck by Alan McBride will be echoed by others commenting on the event. Commemorations don’t have to be marched up to the door of those who’ve suffered  to the sound of yelled slogans.

View all posts by Jude Collins →
The truth or the whole truth?
Remembering Thomas Begley